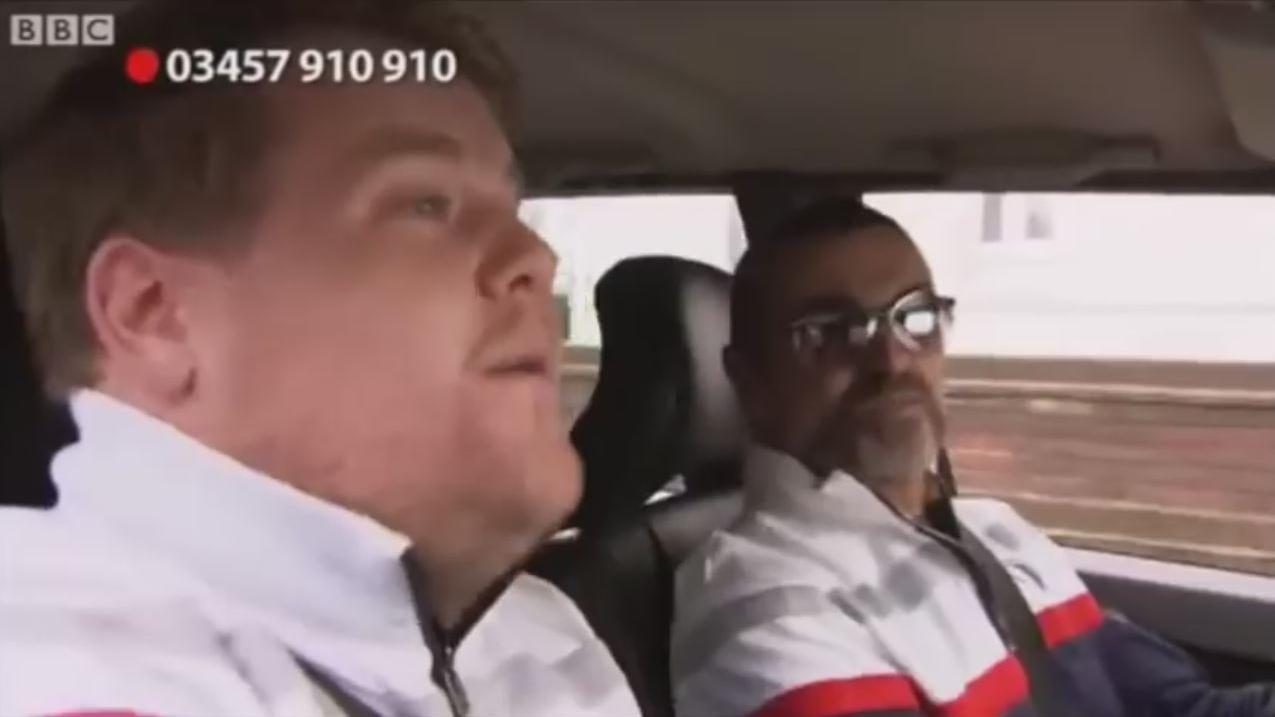 George Michael produced plenty of chart-topping songs, but he also played a big part in making one of television's most popular recurring segments.

Five years ago, the pop star was the first celebrity to appear with comedian James Corden as part of a "Carpool Karaoke" sketch. Corden is now the host of The Late Late Show on CBS.

Michael was found dead on Sunday. He was 53.

The Wham! star's "Carpool Karaoke" segment aired on the BBC in 2011 as part of a show to benefit Comic Relief, a British charity that fights poverty and hunger.

"Carpool Karaoke" is now a highly popular fixture on The Late Late Show. It features the English comedian and a musical act cruising the streets of Los Angeles while belting out their favorite tunes.

Its reach is massive: The segment with Adele has been viewed more than 140 million times on YouTube, while Justin Bieber's appearance has more than 100 million views.

Corden recalled making the first edition with Michael during an interview with Howard Stern earlier this year.

Corden said that first taping would later help convince Mariah Carey, who was friends with Michael, to be the first American celeb to do "Carpool Karaoke" when it was revived for the The Late Late Show.

The comedian paid tribute to Michael on Twitter following his death.

I've loved George Michael for as long as I can remember. He was an absolute inspiration. Always ahead of his time.

"I've loved George Michael for as long as I can remember. He was an absolute inspiration. Always ahead of his time," Corden tweeted on Sunday.