Jackknifed Semi Blocks I-94 in Brookfield 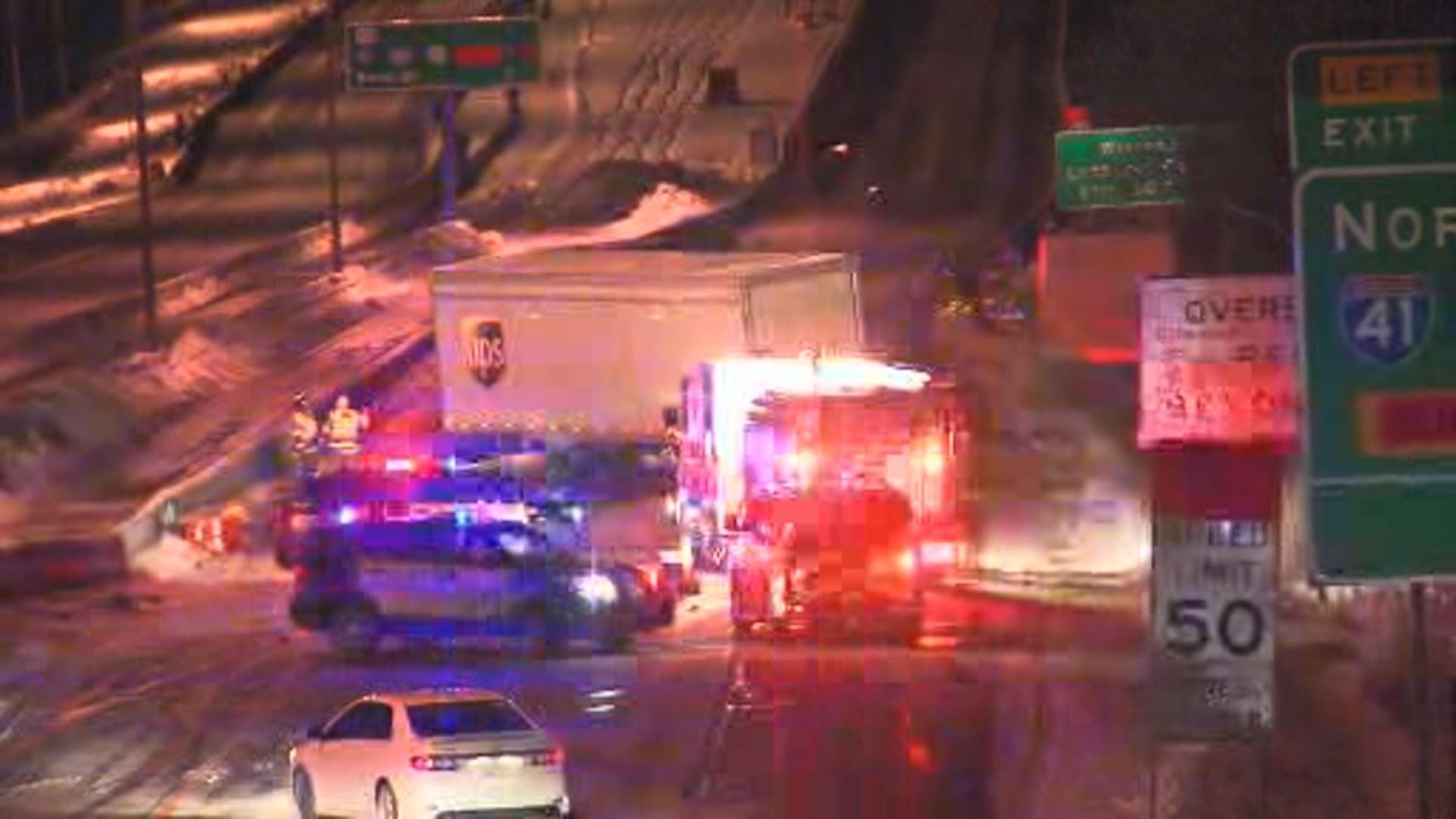 All traffic on eastbound I-94 was stopped for a time early this morning when a UPS semi-trailer truck jackknifed near Elm Grove Road.  The tractor with tandem trailers jackknifed  just after 1  AM and blocked all of the eastbound  lanes of the freeway.  According to the Waukesha County Sheriff’s Department, no other vehicles were involved in the accident.  The driver of the semi was uninjured.   Deputies diverted all eastbound traffic off the freeway at Moorland Road and those vehicles struck behind the semi were allowed to turn around and head west so they could also exit the freeway at Moorland Road.  A heavy tow-truck was used help right the jackknifed semi and a local fire department was called into clean up fuel spilled during the accident.