Jackknifed Semi Blocks All Lanes on I-894 West 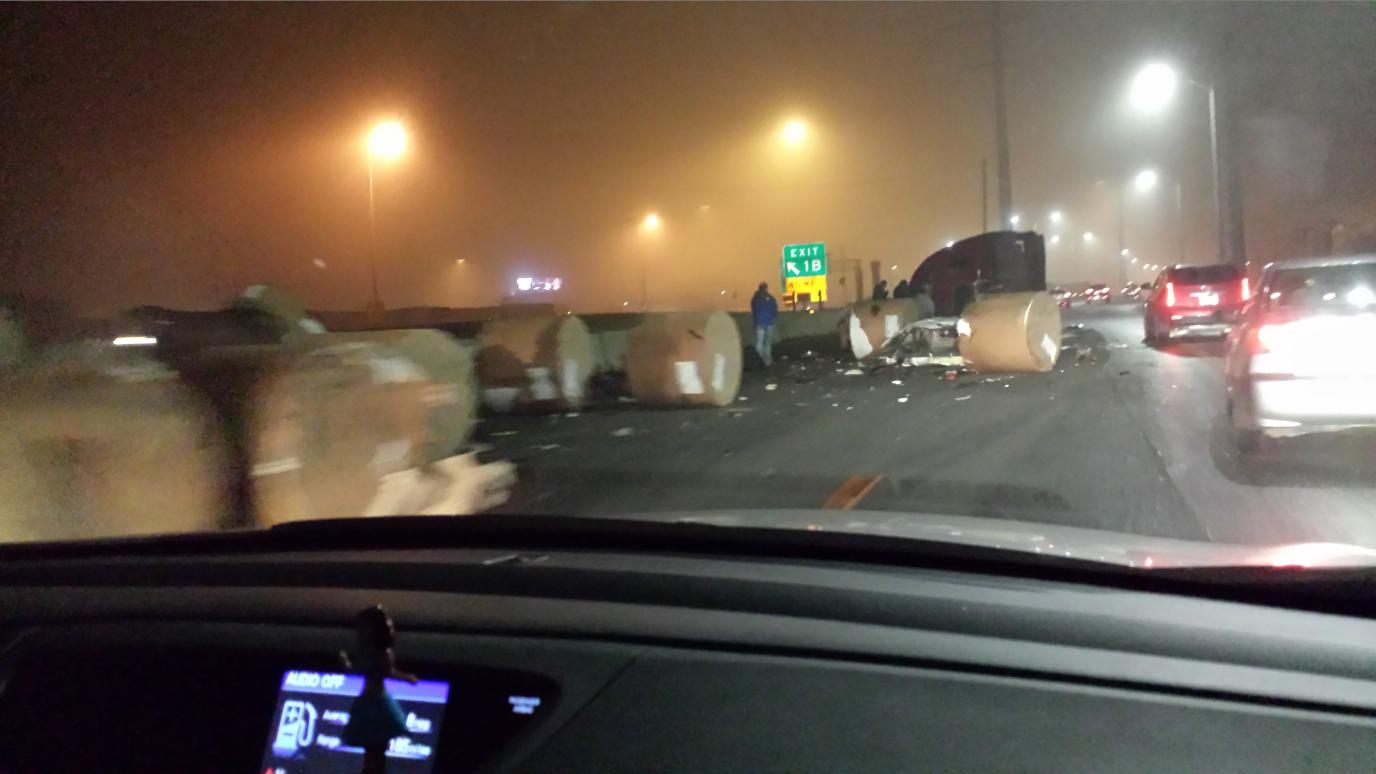 At 7:41 PM Sunday night an accident occurred between four cars and a semi, on I-894 westbound at Greenfield. Because of the crash the semi jackknifed and blocked all lanes.

The driver of the semi had minor injuries but needed to be extricated from his cab. 150 gallons of fuel was leaking from tanks.

The truck was hauling just over 45,000 pounds of materials. Officials will not say exactly what the truck was carrying but pictures sent in by a CBS 58 viewer suggest it was large rolls of paper.