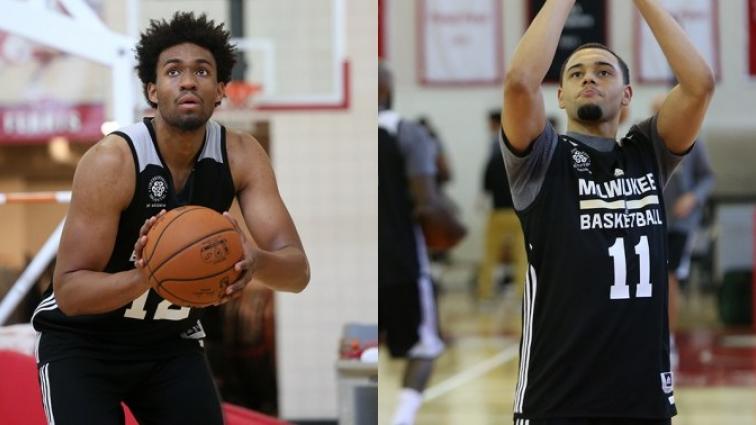 “We’re very excited to have both Jabari and Tyler medically cleared to play for us,” said Hammond. “Both players have put in a tremendous amount of hard work during the rehabilitation process. It’s a real credit to their work ethic and the talents of our world-class medical team and terrific coaching staff to have them ready to go. I know our fans are thrilled to have them back and will give them both a warm welcome on Wednesday night.”

In 25 games last season, Parker averaged 12.3 points, 5.5 rebounds and 1.7 assists in 29.5 minutes per game. He earned Eastern Conference Rookie of the Month honors for October/November and was the first teenager in over 30 years to record multiple double-doubles in his first three career games. Parker, 20, underwent season-ending knee surgery on Jan. 5 after suffering a left knee ACL injury at Phoenix on Dec. 15.

After a standout season at Duke where he was named consensus First Team All-America, ACC Freshman of the Year and a finalist for the Naismith Trophy, Oscar Robertson Trophy and John R. Wooden Awards, Parker was the 2nd overall selection in the 2014 NBA Draft by Milwaukee.

Ennis, 21, averaged 3.7 points, 2.2 assists and 1.1 rebounds in 33 games last season with the Bucks and Suns. He was acquired from Phoenix on Feb. 19 in a three-team trade that also brought Miles Plumlee and Michael Carter-Williams to the Bucks. In his first career start on Mar. 14 vs. Boston, Ennis became the third player in franchise history under 21 years old (B. Jennings, T.J. Ford) to record 10+ assists in a game. On May 19, he underwent labral repair surgery on his right shoulder.

In one season at Syracuse, Ennis was named to the All-ACC Second Team, ACC All-Freshman and ACC All-Defensive Teams.

“Having Jabari and Tyler back on Wednesday is great news for our team,” said Head Coach Jason Kidd. “We know how many long hours they’ve worked to get themselves healthy with our first rate performance team led by Troy (Flanagan) and Suki (Hobson). I know how much our team has been looking forward to their comeback, and being able to return to play in front of our great fans in Milwaukee has been their goal.”