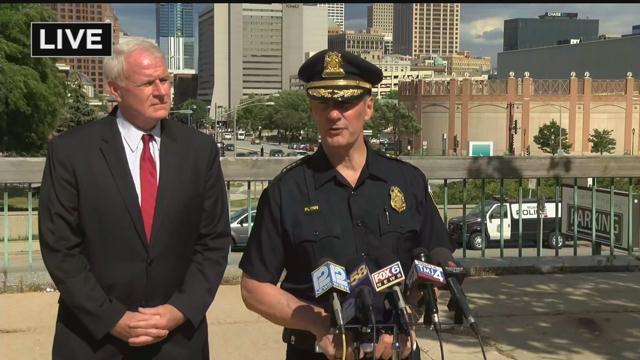 CBS 58— In the wake of the killing of five police officers in Dallas, Milwaukee leaders are calling for unity.

“What we need to do is take a collective deep breath here,” said Milwaukee Police Chief Ed Flynn. “This is not the police versus the community. It's the police and the community against the lawless.”

Michael Crivello, the president of the Milwaukee Police Association, agreed.

“What happened yesterday, the way it can impact the community here, it can draw us together,” Crivello said. “We can unite we can pray together and we can support those officers.”

But Chief Flynn the five officers killed and the seven injured Dallas should be a reminder about the dangers officers face.

“If yesterday in Dallas proved anything, it proves that police officers were willing to die to defend the right of people to express a message that was negative about their own profession,” Chief Flynn said.

And the Chief says in Milwaukee, officers work hard every day to protect all lives.

The chief says one thing he wants his officers to remember is that the overwhelming majority of the community is supportive and grateful for officers. He says his department is thanks by citizens every day.

Chief Flynn says he is also taking precautions to keep his officers safe. Friday morning he was on a conference all with the FBI and homeland security talking about the threat level to police nationwide.

He says there are no credible threats to Milwaukee police right now, but to give officers peace of mind at this time, they will be working in pairs at night.