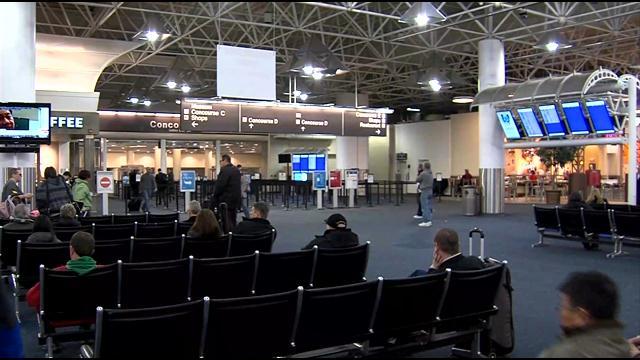 At Mitchell International Airport, holiday travel is starting to pick-up. The airport already offers dozens of destinations, but Saturday morning, they added one more.

A non-stop, direct flight to the North Pole.

It's part of the annual "Flight to the North Pole", a chance to give children with life-threatening illnesses a once in a lifetime trip.

"These families are going through some tough times," says Coordinator Laura Golner. "They need a little bit of Christmas magic"

18 families boarded two planes, provided for free by Delta and Skywest, before departing for the North Pole.

Dozens of elves and Santa himself were waiting on the other end.

"It takes the whole village of the North Pole to really pull of something like this," says Golner.

Kay and Jack Chmielewski were on one of the flights, joined by their three sons. Their youngest, Joel, is battling a rare form of Leukemia.

"Christmas is a magical time to begin with," says Kay. "And to add this into the mix, is any child's dream."

Each family is given the red carpet treatment, including Christmas gifts from Santa himself. The goal is to provide everyone in the family with some holiday cheer

"Although Joel has had to endure the hardships of the actual physical treatments, the other two boys, their lives were definitely altered throughout all this too," says Chmielewski.

"It's a struggle," says Golner. "And we like to help them forget about that. Even if it's just for one day."

This was the 31st straight year that the Flight to the North Pole has happened. The program has sponsored a handful of similar Flight's across the nation.