"It's Been a Crazy Week": Florists Prepare for Valentine's Rush 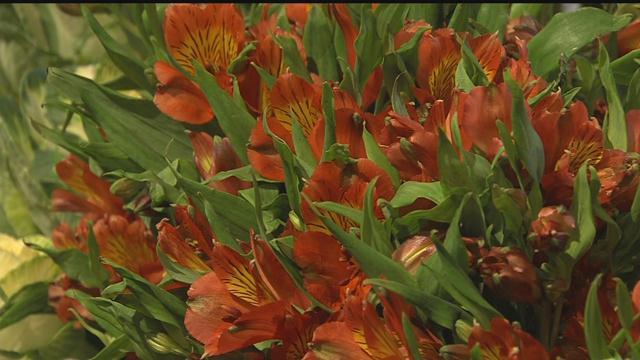 It's no secret that most people wait until the last minute to buy Valentine's Day gifts for loved ones.

According to the NPD Group, roughly 1/3rd of all female shoppers wait until the day of, or day before, to shop for their Valentine's. Men procrastinate even more, with roughly 47% waiting until the last minute.

That puts a strain on local florists, who spend weeks preparing for the weekend rush.

"It's just been crazy," says Chamberlain's FlowerShop Designer Julie Wroblewski. "I've made a couple of extra trips down to the wholesale house to get more roses."

"Thursday and Friday are actually our busiest days going to the offices and businesses," she says "But we still had plenty of orders for Saturday."

"As the days get closer, the phones start ringing, and people are calling last minute," he says.

Both florists plan to deliver shipments straight through Sunday.

"Working in a flower shop, it's stressful," says Linscott. "But when you get to see the customers and their appreciation, it doesn't matter."