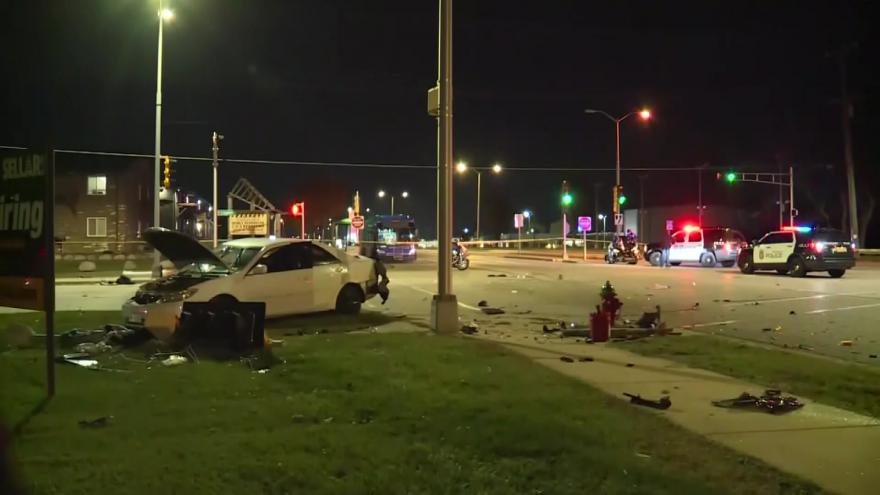 MILWAUKEE (CBS 58) -- Police and community groups are dealing with a crisis on city streets. It's not about gun violence, but rather reckless driving.

Milwaukee is outpacing last year in fatal traffic incidents,  with 24 so far in 2021 compared to 20 during the same period in 2020.

"This is a major concern," Cpt. Jeffrey Sunn told CBS 58. "This is on the front burner of the community."

MPD launched its Traffic Safety Unit, or TSU, earlier this year as part of its effort to address the ongoing reckless driving issue.

The unit includes 20 officers who are deployed to different areas of the city, partly based on reckless driving incidents submitted to them on their website.

"We take that information, we review it and then we use that in order to deploy future resources," Sunn said.

The TSU has issued about 7,000 citations so far this year, but police say the city cannot ticket its way out of this problem.

"It's going to take everybody to bring this all together," Sunn said. "It cannot be done by law enforcement alone."

Celia Jackson, the co-founder of the Coalition for Safe Driving MKE, echoes that sentiment.

"It's a public health crisis," Jackson said in an interview.

The group will be partnering with MPD and others to push a campaign this summer to encourage people to slow down on city streets.

"There are going to be efforts to gather comments, engagement, recommendations that we could use to move forward," Jackson said.

Jackson expressed concern that the summer months and reopening of the state from the pandemic will mean more cars on the road and potentially more incidents of reckless driving.

She said the groups and police can't be the only ones to address the issue this year.

"We're going to see some more community engagement over the course of the summer," Jackson said. "But again, it really is going to require everyone coming together, working from the same playbook in order to make this happen."

In order to avoid 2021 becoming worse than 2020, police have one simple request of the public.

"I ask everybody, just be part of the solution," Cpt. Sunn said.

The TSU website, where people can submit incidents of reckless driving, can be found here: https://mpdtsu.org/