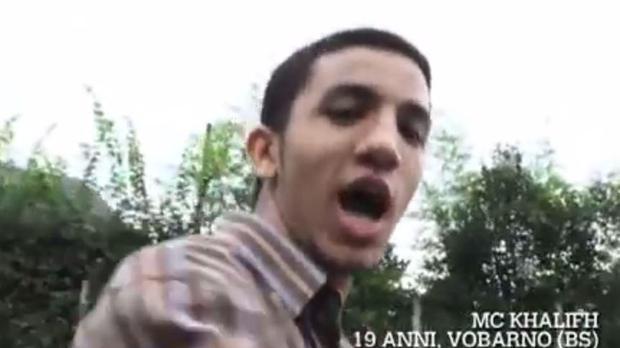 (CBSNews) WASHINGTON - The Obama administration imposed sanctions Wednesday on an Italian rapper who moved to Syria to join the Islamic State of Iraq and Syria (ISIS.)

Anas el-Abboubi was added to the State Department’s list of Specially Designated Global Terrorists, because he “poses a significant risk of committing acts of terrorism,” the department said in a statement.

The State Department writes in the announcement of the sanctions: “As a result of this designation, all property subject to U.S. jurisdiction in which Abboubi has any interest is blocked and U.S. persons are generally prohibited from engaging in any transactions with Abboubi.“

El-Abboubi - known in Italy by his stage name, Mc Khalif - was taken into police custody in Italy in 2013 for plotting an attack in northern Italy and recruiting individuals for militant activity in Syria. He was released after two weeks in custody and later fled to Syria via Albania.

The department said he is among about 50 foreign fighters of Italian origin currently fighting in Syria.

Born in Morocco in 1992, el-Abboubi immigrated to Italy at age 7. In March 2012, he was profiled in an MTV special called, “In the rhythm of Allah: the story of Mc Khalif,” in which he talked about his life and role as a Muslim-Italian artist.

El-Abboubi’s father told the Italian news website giornaledibrescia.it that he cannot forgive his son for joining ISIS, and that he is ashamed of it. The father said he believes his son has probably died in Syria.