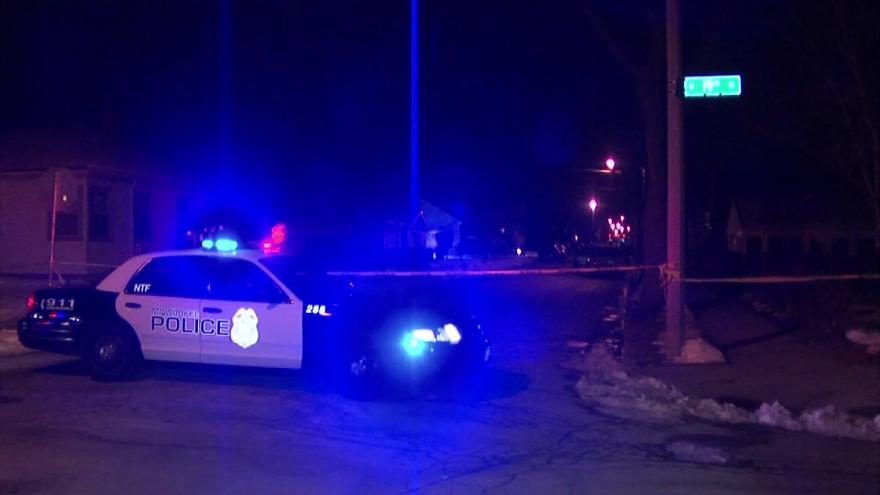 Police say 32-year-old Jermaine D. Claybrooks died after he was shot during a drug investigation near 19th and Stark.

A neighbor from that area says he saw it all unfold from the front door of his home. He says he not only spoke to police but also Claybrooks family.

"The crash happened right here. It was pitched and it crashed right into this tree," Auntrae Boyd said.

Boyd is a resident of the area who claims to have witnessed Thursday night's incident as a it unfolded.

"I was terrified because to me, I was watching murder because it was multiple gun shots that rung out, 20 at least."

According to police, officers were conducting a drug investigation in the area. When officers tried to arrest Claybrooks, shots were fired. Police say he was armed with a gun.

A search of criminal records shows Claybrooks has two prior drug convictions dating back to 2002. Something Boyd says the family knew about when he spoke with them.

"They did admit that he participated in selling drugs which does mean that he was a harm to the community but even then, he did not deserve to die in that manner."

He says this is another example of racial tension and certain that should be happening.

"Racial tension in our country is rising. It's rising in an increasing level and it's only going to get worse until we do something about it."

As standard procedure, the officers involved have been placed on administrative leave. The case is being investigated by the Milwaukee County Suburban Investigations Team.