The president of Kapco Metal Stamping in Grafton gave away the trip to one lucky worker. Seven finalists came to work with their bags packed, but Lishasta Bates was chosen as the winner.

Shortly after the announcement, he got into a limo which was headed to the airport.

“My adrenaline is pumping real fast,” he said. “I guess when they say hard work pays off, it really does.”

Company president Jim Kacmarcik wanted to give back to his workers in a big way.

“Shasta, the winner, just busts every day,” Kacmarcik said. “We appreciate all of his energy and I was happy to see that he won.”

Bates is taking his brother on the trip valued at $15,000. It includes airfare, a hotel and Super Bowl LIII tickets. 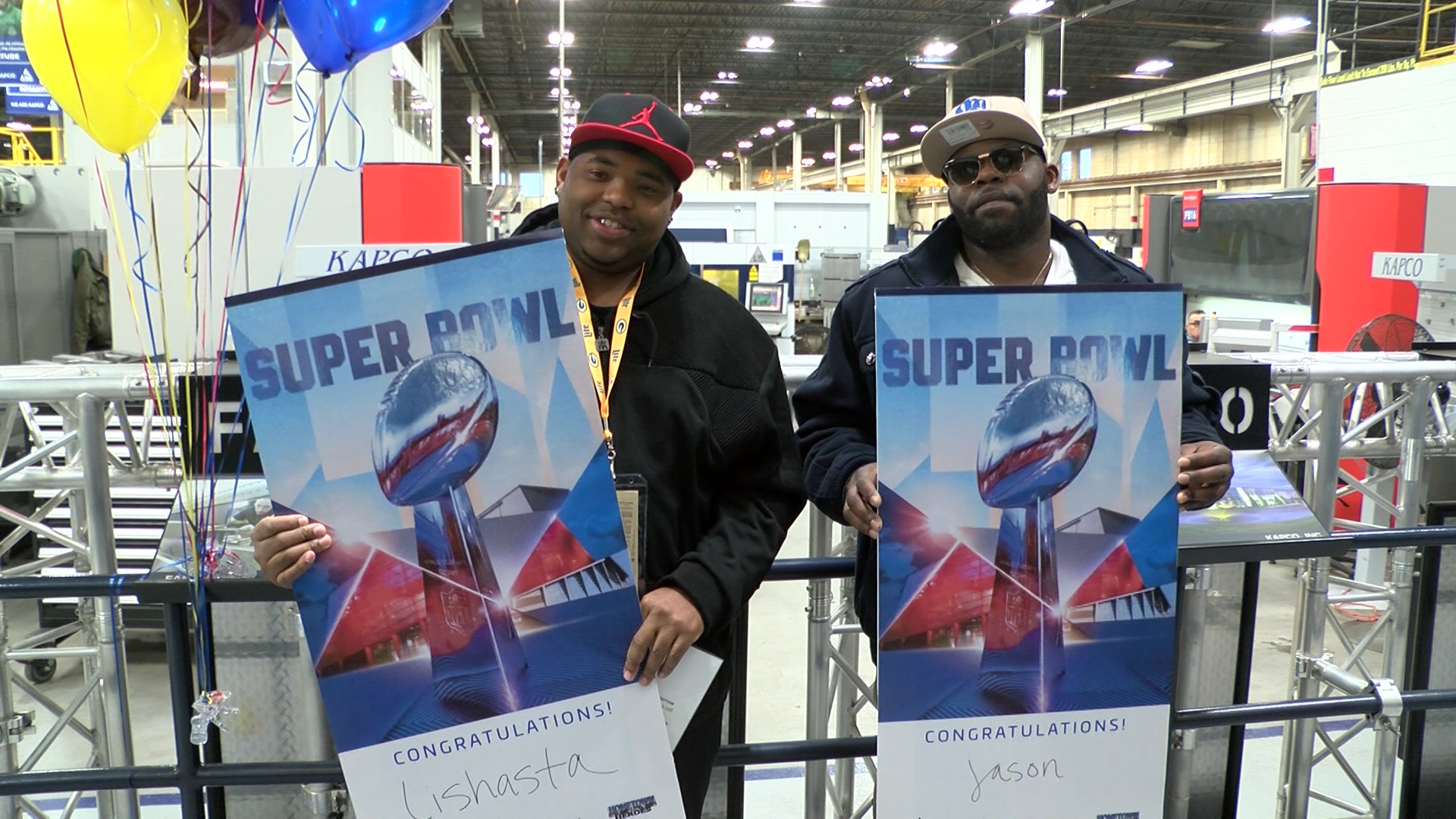 The other six finalists didn’t go home empty-handed. They were given a hotel stay and tickets to shows in Milwaukee this weekend.

“I want to do it for my employees because we’re a family here and everyone works really hard,” Kacmarcik said.

For Bates, it will be his first time in Atlanta and his first NFL game. He said he isn’t a huge football fan, but on Sunday, he’ll be cheering for the Patriots.