'It means a lot to us': Wisconsin motorcyclists donate to bars where they're regular customers

NOW: ’It means a lot to us’: Wisconsin motorcyclists donate to bars where they’re regular customers

WAUKESHA, Wis. (CBS 58) -- At a time when many local bar owners wonder how they're going to pay their bills, a group of regular customers are cruising in with cash to ease some of their burdens.

Sunday was supposed to be the "Road Runners' Bike Blessing," but that event was cancelled. So an organization called "Bikers That Care" formed a new event.

Dozens of motorcyclists embarked on a 100-mile ride between Waukesha and Avalon beginning Sunday morning. They drove by 10 bars and handed the owners tip jars from a safe distance.

The bikers drove by the following bars:

"We chose bars that were completely closed with no kitchen where they don't have any kind of income right now," said organizer Ron "Rebel" Gasser. "They support us when we have our poker runs and our fun runs and other events, and this is one way for us to get back to show our support to them." 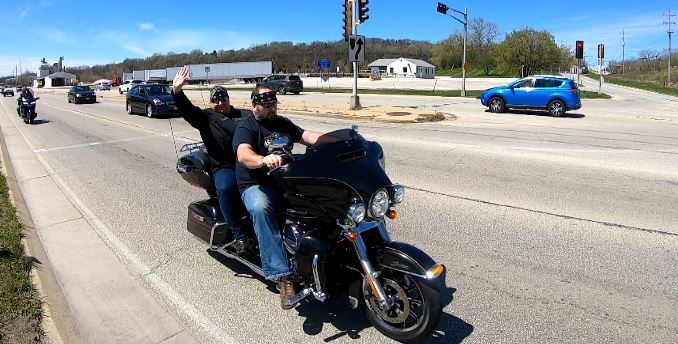 Each rider was encouraged to donate $10 to every bar. They say that $10 represents what they would tip if they were able to visit the bar as a customer.

"It's a good cause here today, and it's a beautiful day. It's a good day to go for a ride and spend time with some nice people," said rider Paul Radler.

Their first stop was Wonderland Tap in Waukesha, where employees stood outside and waved at the bikers. Owner Bob Boehnen and bartender Brenda Zehner said they are very grateful to the bikers, many of whom are regular customers.

"Normally on a regular weekend the bikes are coming in, filtering in all through the day. Just to see it again -- it felt like there was hope," Zehner said.

Boehnen said many bars will not be able to survive if they are forced to stay closed for another month, an impact he called "devastating."

"I'm very fortunate. I've been here for 30 years so I'm weathering the storm. I know so many others that aren't making it," Boehnen said.

At such a difficult time for the bar and restaurant industry, they said the tip jar represents much more than money.

"It means a lot to us. We like we think of our customers as family, and to know that they're still thinking about us in times like this really means a lot," Zehner said. 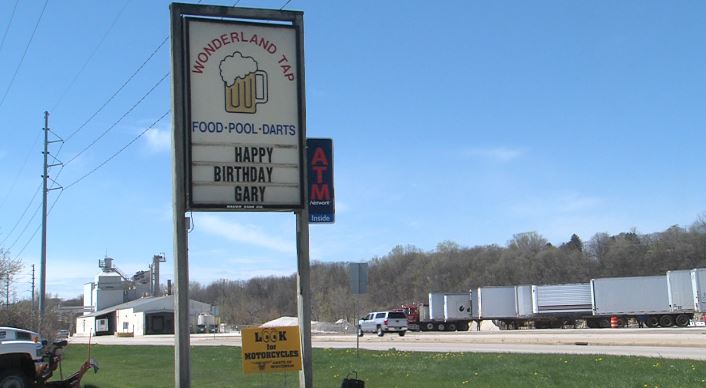