'It just wasn’t our time’: Bucks reflect on playoff loss to Celtics 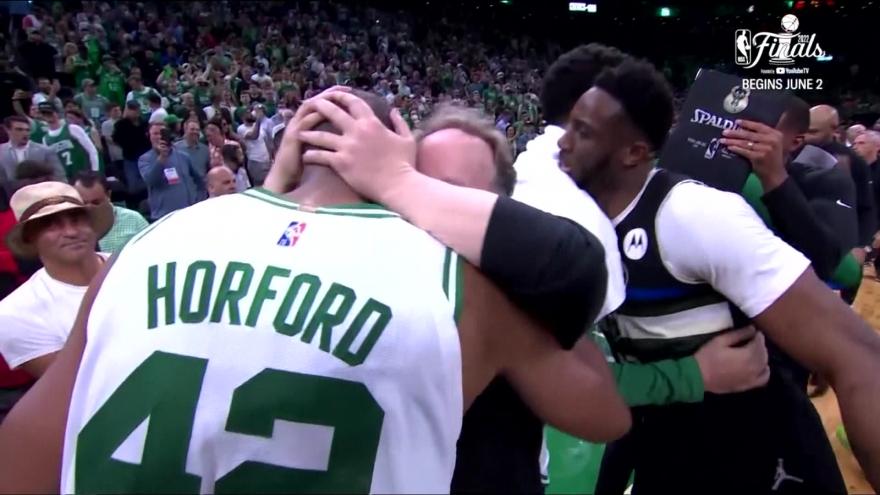 MILWAUKEE (CBS 58) -- The Milwaukee Bucks bid for a repeat came to an abrupt end in Boston. The team was back in Milwaukee for exit interviews Monday, May 16.

After going seven games against the Celtics without one of their best players, the Bucks know they gave it everything they had.

"It just wasn't our time. I'm not disappointed because I'd be disappointed if I didn't go out there and give it all I have. That's when you'd be disappointed, but I definitely laid it on the line, sacrificed on and off the court and I'm just living with the results," said Bobby Portis, Bucks forward.

Khris Middleton missed the entire series with an injury. The three-time all star told us he probably wouldn't have been back for the start of the next round anyway, but that won't stop fans and players from thinking what if.

"You can't because then you'll go crazy, but I will I'm sure," said Wesley Matthews, Milwaukee Bucks guard/forward. "Anybody that says they don't play the 'what if' game, they're liars.

"It's extremely tough to not be out there on the court in a regular season or playoff game to not be out there with those guys. I told them I was proud of them. They gave literally everything that they had every single night. It just wasn't our year," Middleton said.

Now the focus turns to next season with Portis, Matthews and Pat Connaughton all eligible for free agency. All three talked about how much they like playing here, but as we learned with PJ Tucker last year, anything can happen.