'It ain't over': Bucks fans confidently watch first half of game three of NBA Finals 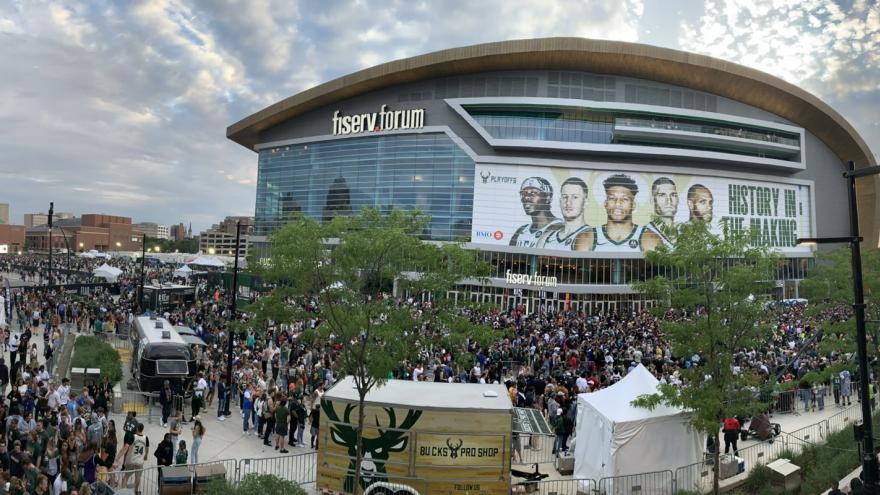 MILWAUKEE, Wis. (CBS 58)-- Emotions are racing and fans are on edge as the Milwaukee Bucks head into game three of the NBA Finals against the Phoenix Suns with two losses and zero wins.

GAME 3: People are making their way to the Deer District— 30 minutes until tip off! @CBS58pic.twitter.com/i9nf9N0NdD

"It's been years. It's been a long time," Michael Howard said.

"A little nervous," Howard said. "We (are) coming in with our backs against the wall, and I feel like we're going to end up going all out and winning today."

A slow start in the NBA Finals doesn't scare fans like Sam Johnson, especially since the Bucks have home court advantage.

Although, fans admit the team does need to play more aggressively to keep the Suns from gaining an even stronger lead.

"We need 20 points from Middleton, Holiday and Giannis, at least," Johnson said.

If things don't end the way fans hope, they believe this run for a championship trophy is only the beginning,

"It ain't over," Howard said. "It's our first time being in the playoffs in a long time. If anything, we will be more appreciative than anything."