Israel denies report it spied on US in Iran nuclear talks 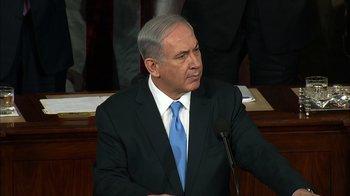 Israel did not spy on closed-door talks over Iran's nuclear program involving the United States and other world powers, an Israeli official said Tuesday, denying a Wall Street Journal report.

The newspaper reported late Monday on its website that Israel had obtained confidential information about the negotiations to help it argue against a potential deal.

\"These allegations are utterly false,\" the senior official in the Israeli Prime Minister's office told CNN. \"The state of Israel does not conduct espionage against the United States or Israel's other allies.\"

The Israeli government's use of the information it allegedly gleaned -- sharing it with U.S. lawmakers and others to undercut support for a deal -- was what really angered the White House, the Journal reported Monday, citing current and former U.S. officials.

\"It is one thing for the U.S. and Israel to spy on each other. It is another thing for Israel to steal U.S. secrets and play them back to U.S. legislators to undermine U.S. diplomacy,\" a senior U.S. official briefed on the matter said, according to the newspaper.

The senior Israeli official told CNN that \"the false allegations are clearly intended to undermine the strong ties between the United States and Israel and the security and intelligence relationship we share.\"

The long-running negotiations over Iran's nuclear program are in a critical phase, with key deadline approaching at the end of this month.

Western powers want to rein in Iran's ability to develop a nuclear bomb. Tehran, which insists its nuclear program is purely for peaceful purposes, wants an end to crippling sanctions.

Netanyahu has remained deeply suspicious about the talks and any deal that may emerge from them.

He voiced his concerns in an address to the U.S. Congress three weeks ago, warning that a proposed agreement between world powers and Iran was \"a bad deal\" that would not stop Tehran from obtaining nuclear weapons.

The speech angered the Obama administration, not least because it was organized by House Republican Speaker John Boehner without the White House's prior knowledge.

According to the Wall Street Journal report, the sharing of sensitive information about the talks took place before Netanyahu's address.

It describes efforts by Israeli Ambassador Ron Dermer to lobby U.S. lawmakers before an interim agreement with Iran in November 2013 and briefings by Dermer and other Israeli officials in the early months of this year.

But a spokesman for the Israeli embassy in Washington, Aaron Sagui, told the Journal that \"Ambassador Dermer never shared confidential intelligence information with members of Congress.\"