Is a 4-day school week the answer to low teacher pay? 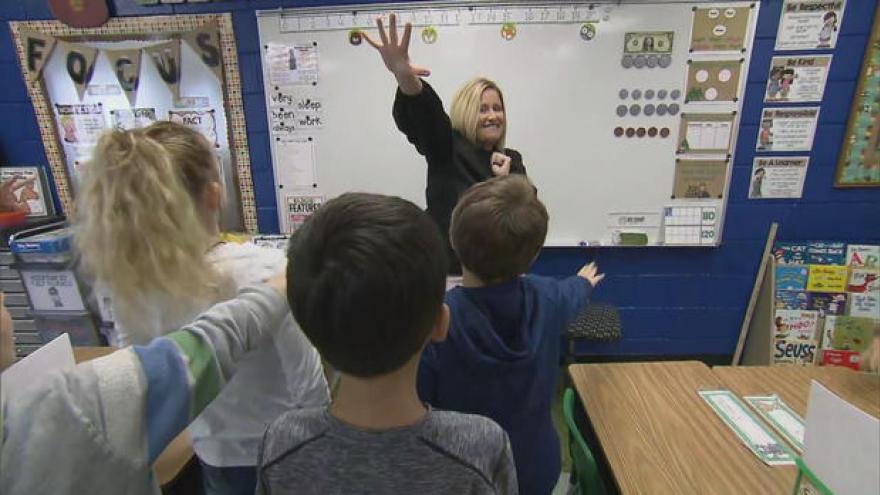 (CBS NEWS) -- Teachers in Oklahoma could be the next to go on strike over low wages after a nine-day teachers' strike in West Virginia ended Tuesday when the governor signed a bill for a five percent pay raise. Oklahoma educators are the second-lowest paid in the U.S. with an average salary of about $45,000 per year.

Talk of a walkout there comes after some schools switched to a four-day school week to try to make up for low pay. One Oklahoma school moved to the shortened schedule in 2016 to cut costs and while it didn't save much, they noticed that more experienced teachers applied for jobs there.

Jalaine Watham teaches second grade at Bridge Creek Public School outside Oklahoma City. Although teachers in her state make some of the lowest wages in the country, she loves working a shortened four-day school week, reports CBS News' Omar Villafranca.

"It has allowed that weekend time with my family, but I also really truly feel like it has made me a better teacher by being purposeful and looking at time management," Watham said.

Two-hundred and ten of the state's schools operate on a four-day schedule. Many stay-at-home parents we spoke to in this community endorsed the shortened week.

"It's that extra day. You're like, I feel like I have a whole entire day with my kid," said one parent.

But state superintendent of instruction, Joy Hofmeister, worries about the long-term impact on students. Oklahoma's public school system requires students to attend at least 180 days or 1,080 hours of school per year. Shorter weeks mean longer days which can range from 40 minutes to an hour more in some cases.

"We are losing valuable time to sustain momentum and grow," Hofmeister said. "Just extending more minutes to the day is not actually the same as having more days in the calendar year."

Bridge Creek Superintendent David Morrow says his district cut down the school week to recruit teachers in 2016 amid a statewide teacher shortage due to low pay.

The average teaching salary in Oklahoma is the lowest of its neighbors. Teachers in nearby Texas make nearly $7,000 more. Following recent strikes in West Virginia, Oklahoma teachers are now debating a strike of their own.

Asked if she's prepared for a possible walkout on April 2, Jalaine Watham said it would be "the most difficult decision" she's ever made. "I can't imagine not being here," she said.

Teacher organizations plan to announce a possible walk out date soon. One of the dates they are considering is April 2, which is significant because that is the first day of state testing in Oklahoma. Teachers are asking for a $10,000 pay raise over the next three years.