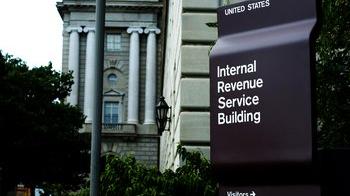 The IRS is delaying the refunds of tens of thousands of Obamacare enrollees, said Nina Olson, the National Taxpayer Advocate.

The hold up, she says, is subsidy data from state health exchanges.

What's more, Olson said the IRS told its telephone representatives not to tell callers the reason for the delay.

Obamacare enrollees received subsidies based on their estimated income for 2014. Now that they know their actual income, the IRS has to make sure the initial subsidy amount was correct.

The IRS needs to get the 1095-A forms, which includes the subsidy data, from the state exchanges to confirm the information taxpayers put on their return is correct.

Olson's comments are the latest headache for Obamacare enrollees and the Obama administration. Last month, administration officials said that 800,000 enrollees received incorrect 1095-A forms. That forced the majority of them to delay filing their tax returns until they get updated forms. (Some 50,000 people who had already sent in their returns will not have to amend them.)

Also, scores of people who paid a penalty for remaining uninsured in 2014 told CNNMoney that their refunds were delayed.

The IRS told CNNMoney that early this filing season, some tax returns that include Obamacare subsidies were briefly held for additional review. The agency said that as of last week, it is either processing these returns or reaching out to taxpayers to obtain additional information.

The agency said it is seeing a normal volume of returns being held. The IRS issues more than 90% of refunds within 21 days of the tax return being accepted.

Through Feb. 20, it has processed nearly 50 million tax returns. Almost 40 million tax refunds worth a total of nearly $125 billion have been issued.
Share this article: