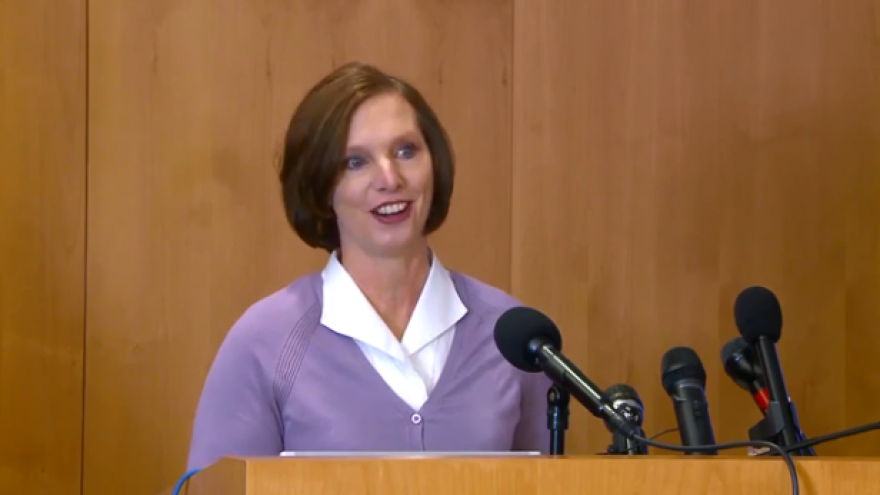 CLIVE, Iowa -- A grandmother from the small Iowa community of Redfield has claimed her share of a nearly $700 million Powerball prize. Iowa Lottery officials confirmed Monday that Lerynne West was one of two winners of a $688 million jackpot drawn Oct. 27.

She'll share the prize with someone who bought the other winning ticket in New York City. West opted for the cash option, which will pay her an immediate $198.1 million, minus taxes.

One of West's sisters had to send West a picture of her winning ticket because she had left it in her sister's truck. She then entered her numbers into the Iowa Lottery website only to find that nothing matched.

"When you get numbers right, they show up in red," West said. "Well, nothing showed up in red because I had the wrong date in there."

When West realized that she was a winner, she had a message for her sister: "Get that ticket, get in your truck and get up here now," she said. "And drive slow."

West said she dreamed of winning a jackpot, but "once you have won and you realize the responsibility and, you know, just the impact that you can make, all frivolity goes out the window." Some of her winnings would go toward helping her family, which includes her mother, seven brothers and sisters, three daughters and six grandchildren.

West also said she had started a charitable foundation in honor of her late grandson, Callum. He was born prematurely at 24 weeks in April and lived for one day, she said.

The 51-year-old worked for a health insurance organization, but said she retired last week. West overcame odds of 292.2 million to one to win.

The first thing she said she would buy for herself was a new car. "Currently I drive a Ford Fiesta that people have just beat up when I'm not in it," West said, noting that the car had 142,000 miles on it.

"I'm going to get a car big enough," she said, "that I can take all my grandchildren places now."