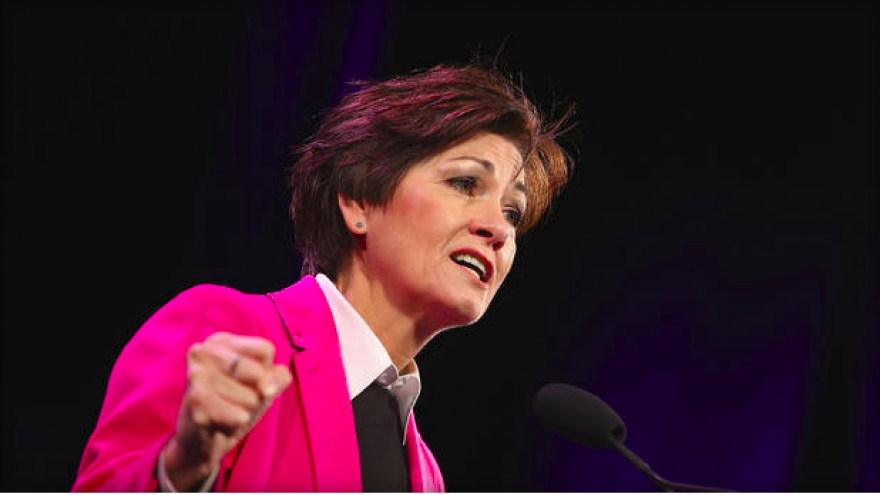 DES MOINES, Iowa -- Iowa Gov. Kim Reynolds said she plans to sign a six-week abortion ban into law on Friday. It would mark the strictest abortion restrictions in the nation, setting the state up for a lengthy court challenge. The Republican governor announced in a news release that she would sign the legislation in her formal office at the state Capitol.

Reynolds had not previously said whether she would sign the legislation, but noted: "I'm pro-life. I'm proud to be pro-life. I've made that very clear."

The announcement came shortly after the Iowa affiliates of Planned Parenthood and the American Civil Liberties Union warned that they would sue Reynolds if she signed the bill, which the Republican-controlled Legislature approved earlier in the week.

"We will challenge this law with absolutely everything we have on behalf of our patients because Iowa will not go back," said Suzanna de Baca, president and CEO of Planned Parenthood of the Heartland, in a statement.

The legislation has propelled the state to the front of a push among conservative statehouses jockeying to enact the nation's most restrictive regulations on the procedure. The bill would ban most abortions once a fetal heartbeat is detected, which is around six weeks of pregnancy.

Similar legislation passed in other states didn't go into effect after they were challenged in court over their constitutionality.

Critics say the so-called "heartbeat" bill would ban abortions before some women even know they're pregnant. That likely sets the state up for a legal challenge over its constitutionality, including from the same federal appeals court that three years ago struck down similar legislation approved in Arkansas and North Dakota.

Backers of the legislation, which failed to get a single Democratic vote in either Iowa chamber, expressed hope it could challenge Roe vs. Wade, the landmark 1973 U.S. Supreme Court ruling that established women have a right to terminate pregnancies until a fetus is viable. Conservatives say an influx of right-leaning judicial appointments under President Trump could make it a possibility.