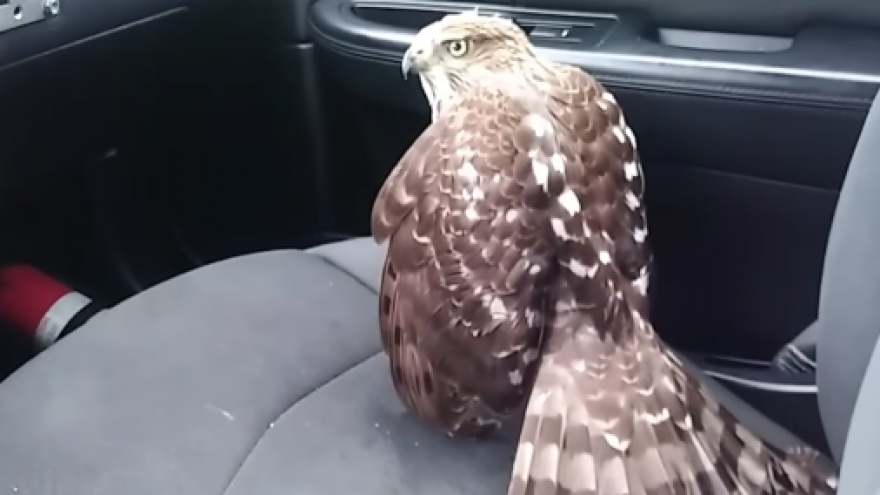 HOUSTON (CBSDFW.COM) – A taxi driver in Houston said a hawk would not leave his cab as Hurricane Harvey approached Texas Friday morning.

William Bruso came back to his taxi after shopping for storm supplies, when he realized a Coopers Hawk was sitting in the passenger seat of his car, Houston TV station KTRK reported.

According to Bruso, the hawk refused to leave the car.

Bruso speculated the hawk was looking for a place to, “hunker down” during the storm, so he named him, “Harvey the Hurricane Hawk.”

Bruso said in his YouTube post, “Well if its illegal to have him riding around with me you need to remind him of that. Tried several times now to get him out but he just simply refuses. This is just crazy.”

After Harvey the Hurricane Hawk rode out the storm with Bruso and his family, the TWRC Wildlife Center came and got him.

The wildlife rescue and rehabilitation group said of Harvey the Hurricane Hawk, “He has an injury that is preventing him from flying, so he would not have survived the storm if he had not been picked up. We need to get an x-ray on him to really assess his injuries.”