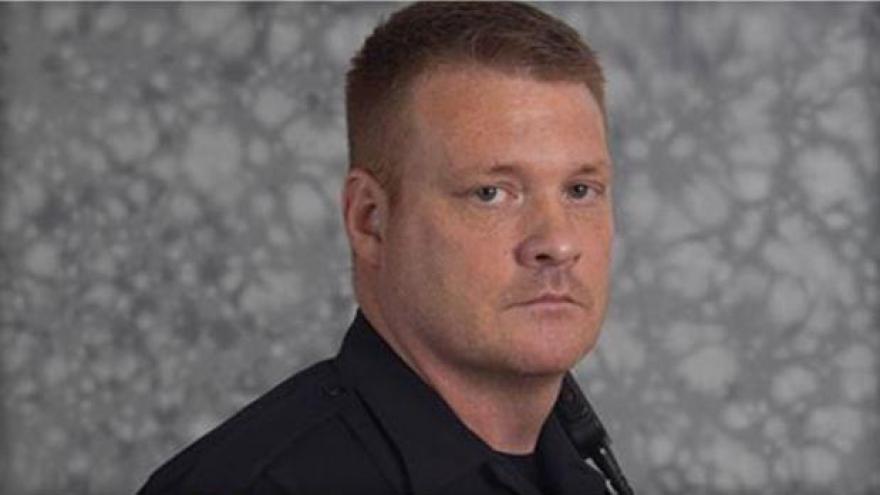 (CBS) For Indiana University Police Officer John O’Rourke, March 28 will not only be memorable as his wedding anniversary — it will also mark the day he saved a little girl’s life.

The officer, who traveled to Sanford, Florida, for his wedding ceremony last week, stopped by a Donuts to Go to grab some breakfast before the big “I do” when he noticed a commotion in the dining area. A room full of customers were hovering around a 3-year-old girl who was having a seizure.

So the Indiana cop rushed to the little girl’s side, instructing bystanders to call 911. After speaking to the 911 operator, O’Rourke began performing mouth-to-mouth resuscitation combined with chest compressions.

After a few minutes, he managed to bring the girl back to consciousness. As she began to wake up, paramedics arrived on the scene to take over her care.

When the crisis was over, restaurant staff thanked the officer with a box of doughnuts on the house.

“I just sat in my car, for about 20 minutes, processing everything,” O’Rourke said in a statement posted online.

The rescue mission was certainly unexpected, but as a police officer, O’Rourke knows he always has to be prepared for situations like these.

Hours later, O’Rourke married his bride, Virginia, and at the reception, he had quite a tale to tell.

The wedding guests included some Florida Highway Patrol troopers who worked with O’Rourke. When they heard about his heroic act, they said they weren’t surprised.