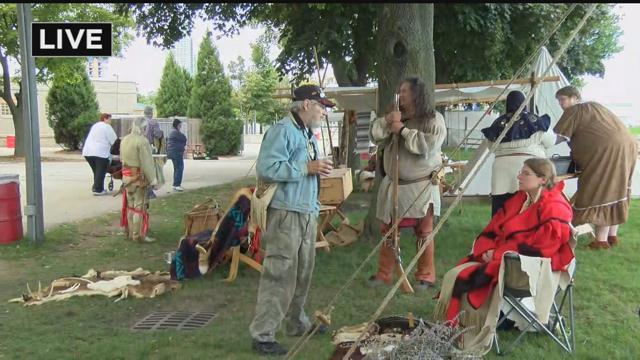 The gates for Indian Summer Festival opened up Friday at 4 PM.

Friday morning students were educated about Native American history with presentations from many Native nations. Milwaukee’s Indian Summer Festival first began in 1985 with the purpose of educating, preserving and promoting American Indian cultures.

This is the last official festival of Milwaukee's festival season, but if you still want to come down to the Summerfest grounds you can on Tap Thursdays which start next Thursday, September 17th.