In Kevin's Corner at Marquette 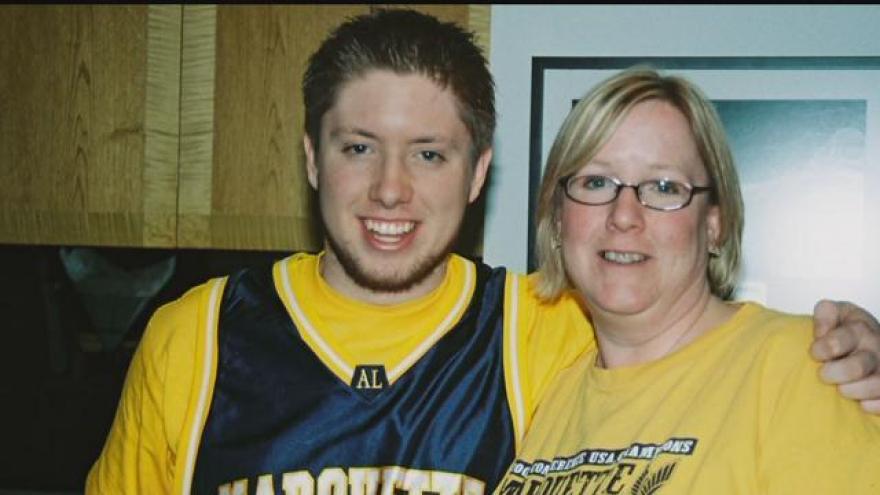 You may have seen them at a game, those in "Kevin's Corner.” They wear special shirts to show their support for a true Marquette warrior who fearlessly battled cancer for years, but never let it take his spirit.

The people sitting in section 406 during Marquette's win over Depaul earlier this month are in Kevin's Corner.

"We just made a commitment that every year we would get a section up in the corner and turn it into Kevin's corner which is for Kevin and for all of the people that battle cancer and have the support of their family, their friends and their community. And for him, Milwaukee was community," says Kevin's aunt, Mary Lou Costible.

Kevin had season tickets with his brother Patrick and rarely missed a game.

For one of his last games, Kevin had a seat waiting for him right by President Lovell. The Marquette Basketball Team presented him and his brother with matching Garrity jerseys and a team dufflebag filled with athletic apparel that Kevin would not part with.

That was about 2 weeks before he passed.

"I think I'd just like to say we all miss him and we're going to be in his corner forever, not just once a year, every game and everywhere we all go,” says Kevin’s brother.