Impact of OWI Crash Causes Engine to Be Thrown from Vehicle 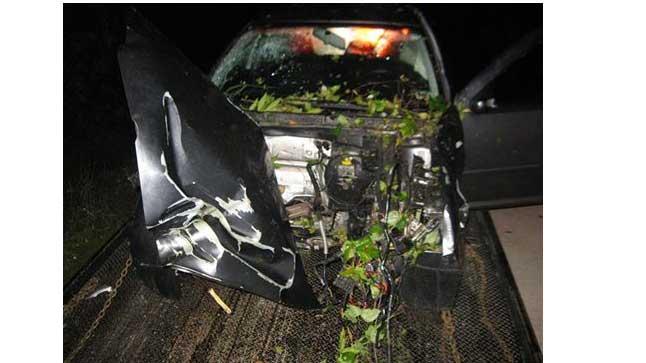 The engine of a vehicle is still missing on Monday after a 21-year-old crashed his vehicle into the trees in Washington County on Sunday.

A 21-year-old Town of Addison man was arrested for 2nd offense operation while intoxicated after he crashed his vehicle into the trees on Wildlife Rd south of STH 33 on Sunday at 9:01pm.

According to Washington County Sheriff’s Office, initially it was thought there was another passenger in the vehicle based upon the driver's report.

After checking by deputies and Allenton firefighters with a thermal imager, a second occupant was not located.

Contact was also made with another subject who confirmed he was alone.

The force of the impact caused the engine of the vehicle was thrown from the car, and at the time of the report, it still had not been found. The driver was transported but did not have life-threatening injuries.