"I'm the one that did it:" Woman arrested after caught on Facebook Live setting fatal arson fire 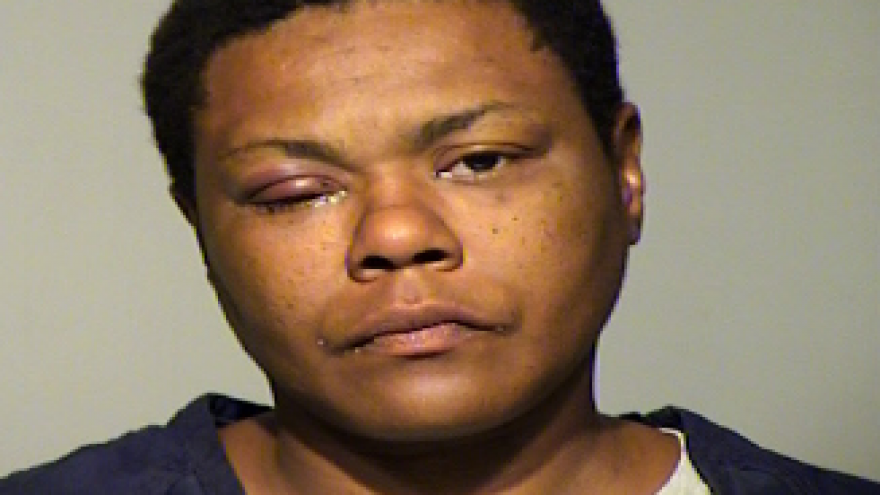 Java Wright has now been charged with First Degree Reckless Homicide and Arson of Building following a fatal fire on June 16th.

In a video which made its rounds on social media, a woman could be seen smashing through a window, pouring gasoline inside, and burning down a home near 12th and Wright. That fire left a 72-year-old man dead.

According to police, the woman captured setting the fire in the video has now been identified as Java Wright.

According to a criminal complaint, firefighters responded to the fire shortly before 8 p.m. last Friday. They located a victim badly burned and pulled him from the fire. He was pronounced dead at the scene and later identified as 72-year-old Willie Otis Greer.

On June 17th, police were patrolling the area near 16th and North when a subject approached them and told them, "The lady that started the fire and killed that man yesterday is around the corner." Officers approached a woman after many people began pointing at her stating, "That's her!" When police approached the woman, she told officers "I'm the one that did it."

The defendant, Wright, then told police that she dates a man who lives in the lower residence of the home. Wright said that she frequently fights with her boyfriend. Wright told police that they were fighting on the night of the fire and that when she peeked through a hole in the front door, her boyfriend shoved something through the hole and poked her in the eye. This caused her to become enraged, retrieve a hammer and crate, and smash the window out to the home.

According to Wright, she observed a man she knows as Mr. Otis inside the residence who scolded her about her fighting with her boyfriend.

That's when Wright grabbed a gas can, poured gasoline on the curtains, and set the curtains on fire with a cigarette lighter which was later found in her pocket.

According to the criminal complaint, Wright said that Mr. Otis reminded her of her own step-father and she wrote an apology letter to his family.