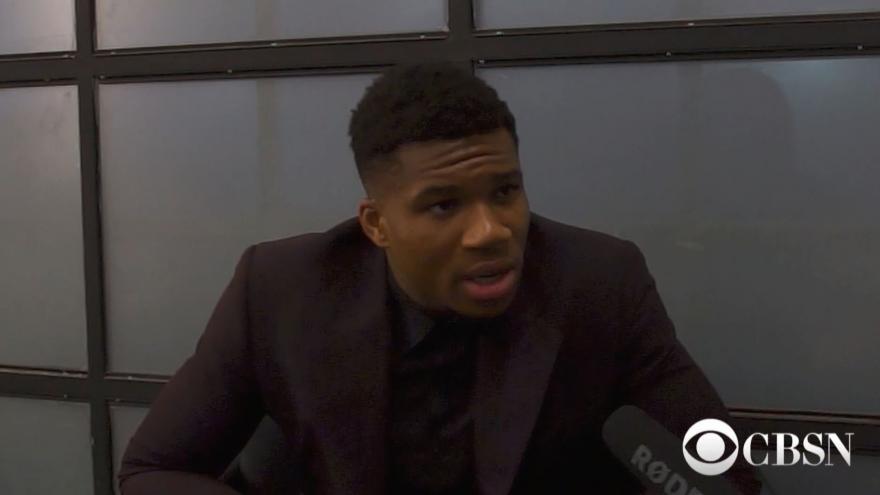 "At the end of the day, I'm always going to have my brother's back. That's all that matters. I had a chance to talk to him and I told him, 'whatever you need, I'm here,'" Antetokounmpo said in an interview with CBS News. "As a team, we talked about it, we told him, 'no matter what you believe, that was wrong. We're going to have your back.'"

Brown filed a lawsuit against the city of Milwaukee and the Milwaukee Police Department, claiming his rights were violated and that officers used excessive force during an arrest for a parking violation on January 26. Body camera video of the arrest shows officers throwing Brown to the ground and tasing him.

CBS News spoke to Antetokounmpo at the launch party for EA Sports' NBA 2K19. "The Greek Freak" is the cover star for this year's edition of the video game franchise. He said he's excited to be the first international player to be featured on the cover.

To read the full interview conducted by Justin Carrisimo and produced by Namisha Rakheja for CBS News, please click here.