After missing voluntary OTA's, Rodgers returned to the field for the start of mandatory minicamp. Despite last year's drama and talks of retirement, No. 12 left no doubt where his head is at.

"This is my 18th season. Of course you think about the next chapter and what's next in your life all the time," said Rodgers. "It doesn't mean you're not fully invested. When I said I'm back, I'm 100% invested."

All of the Packers who missed OTA's followed Rodgers' lead showing up to minicamp except Allen Lazard. The receiver still has not signed his contract but everyone else from Sammy Watkins to the rookie wide outs were in action.

By all accounts, the four-time MVP had no rust.

When Rodgers was asked if he'll finish his career in Green Bay, he didn't hesitate saying, "definitely" before adding, "unless they trade me." 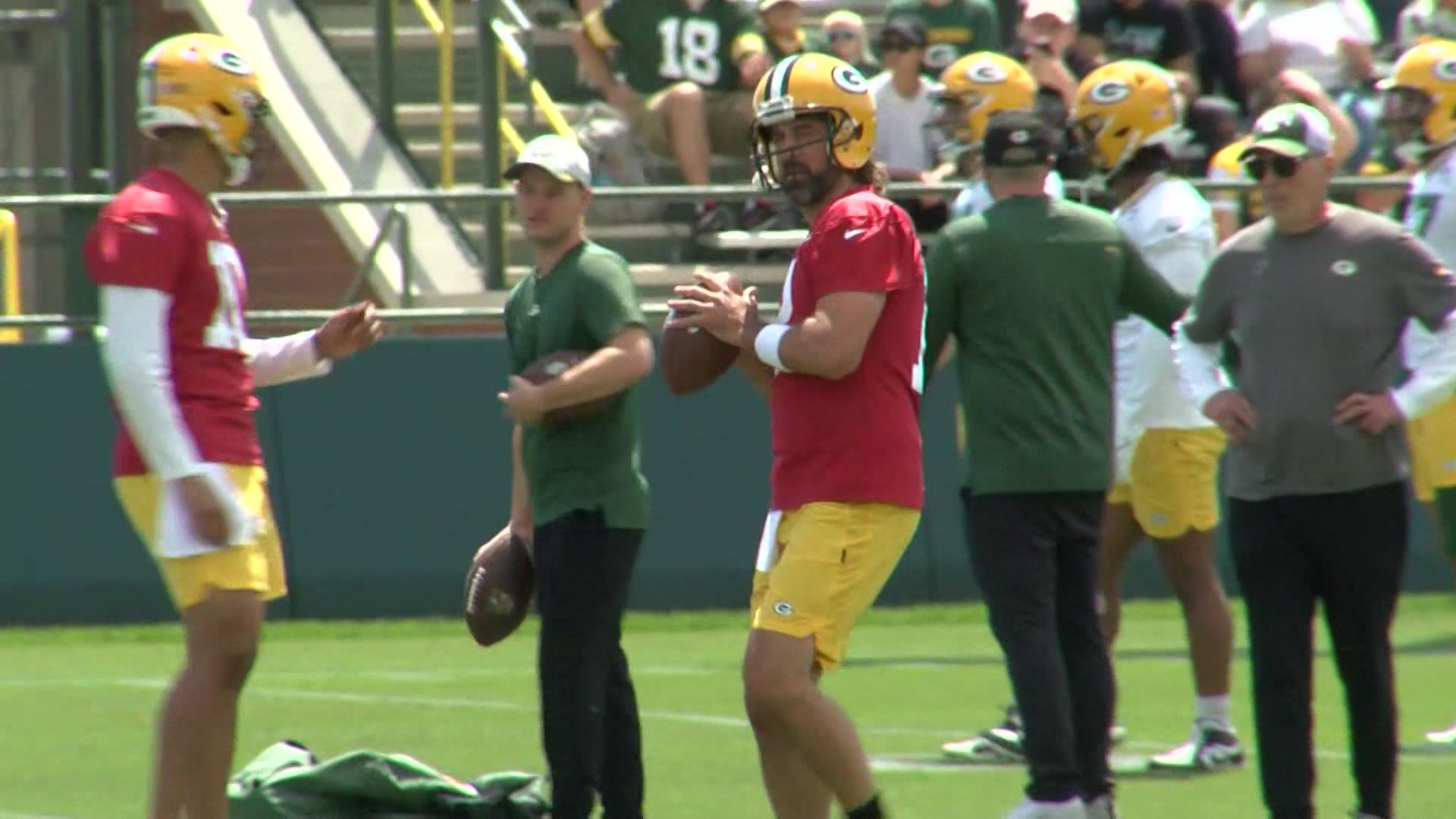