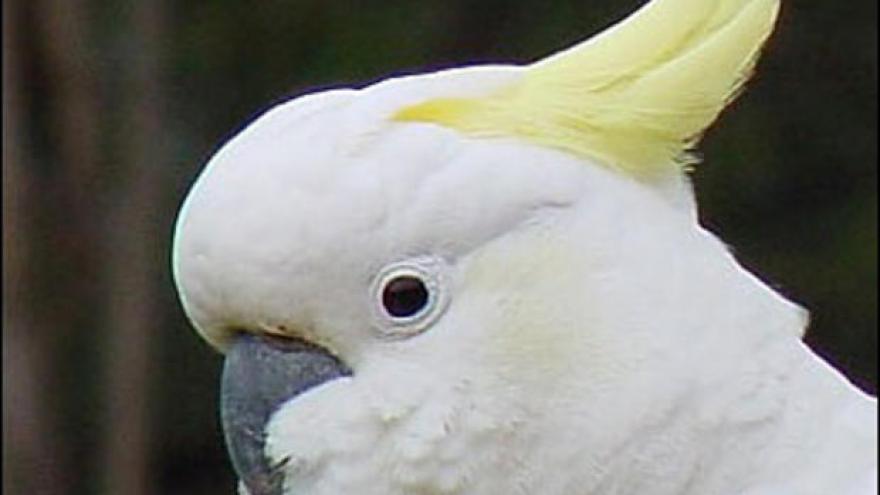 KENOSHA, Wis. (CBS 58) -- An Illinois woman has been charged with stalking after following a family that she gave her pet parrot.

On October 12, 2017 a Kenosha Police Officer responded to a house after a report of trespassing. The homeowner told police that the incident started five to six years ago when she adopted a cockatoo named "Snoopy" from a wildlife refuge she volunteered at. Snoopy had been surrendered to the refuge by 64-year-old Illinois woman Wendy Grabell.

The victim said that multiple times over the past few years Grabell has been seen walking around her property and peering into her windows. In 2016 Grabell was accused of moving the victim's patio furniture and taking plants out of their pots. She's also accused of keying a car in the victim's driveway and leaving a hose on flooding the backyard.

After the incidents, the victim installed surveillance cameras. She then received an email from someone named Debbie Kraft saying that installing the cameras was a bad idea and a Facebook message that she was being watched 24/7.

In 2017 the victim's neighbors saw Grabell hiding in the bushes of her house.

In 2016, Grabell was given a no contact order with the bird sanctuary after embarking on a smear campaign against the director.

On March 4, 2016 the victim received an email from "Debbie Kraft" that said:

“If you see odd things happening to you, such as tripping and falling or you notice strange happenings going on around your house like Snoopy's cage moving, objects moving in front of your eyes, car oil spills, etc its because its Snoopy related. YOUR HOUSE IS HAUNTEDby Snoopy followers. They removed all cleaning products from your house so you can’t harmSnoopy. THEY ARE OUT TO GET YOU until you return Snoopy to Refuge for Saving Wildlife! If you think Snoopy opened up his own cage to destroy your bed and couch, you are wrong! A padlock will not stop them! They will open up his cage EVERY TIME you leave your house, so he can do much more damage until YOU GET IT! And if you or your boyfriend harm him again, THEY WILL HARM YOU! They are losing patience with you. They told me to tell you, if you keep digging your heels, soon, you will not have heels to dig with!"

A warrant is out for Grabell's arrest.