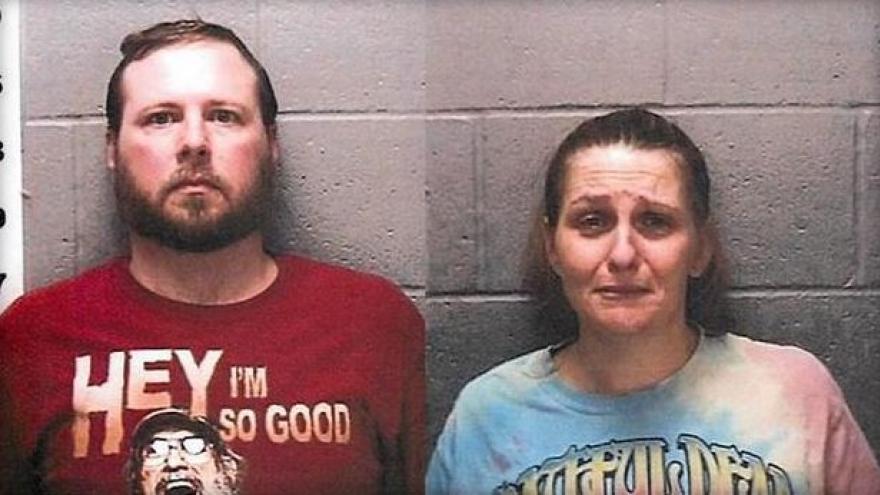 JERSEYVILLE, Ill. (CBS News) -- An Illinois father and stepmother are charged with first-degree murder in the starvation death of their 6-year-old boy who authorities say weighed just 17 pounds when he died last week.

Police say the boy's father, Michael Roberts, and the boy's stepmother, Georgena Roberts, deprived the boy and another child of food "as a form of punishment."

Police were called to a hospital in the southern Illinois community of Jerseyville on Friday regarding a dead child, who, according to the Jersey County state's attorney's office, was brought to the hospital by his father.

The couple, according to criminal complaint "knowingly and intentionally caused (the boy) to become extremely malnourished, leaving the said 6-year-old child... to starve to death." The complaint alleges the couple withheld food and nourishment on a regular and consistent basis" between December 2015 and the date of the boy's death.  When he died, the boy weighed about a third of what a typical 6-year-old weighs.

CBS affiliate KMOV reports an autopsy conducted on the child revealed the cause of death was "failure to thrive due to 'extreme malnourishment."'

Toxicology and other tests are pending.

Police say the boy had three siblings and two step siblings who lived with him in the family's home in Jerseyville, about 40 miles (66 kilometers) north of St. Louis. All of the surviving children were taken into protective custody by the Illinois Department of Children and Family Services.

Attorneys for Michael and Georgena Roberts did not immediately respond to requests for comment.