"I Wish She Had Gotten to Live Her Life" : Sister Speaks After Fatal Car Crash on I-94 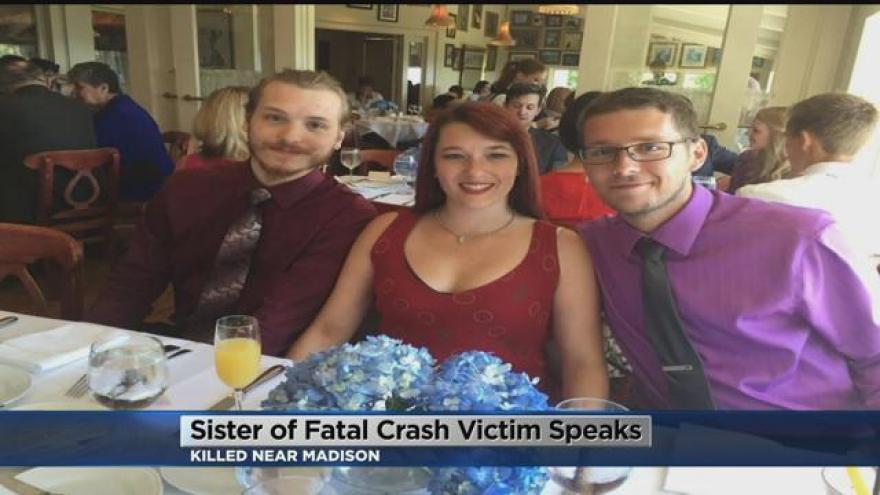 It's a follow-up to story we brought Thursday. A wrong-way driver slammed into two cars on a stretch of I-94 east of Madison.

Four young co-workers from the Milwaukee area were in one of those cars and three of them were killed.

Those victims have been identified as Clenton Hall, Katey Pasqualini and Kim Radtke, all employees of RitzHolman CPAs, a company in Milwaukee.   A fourth employee, Brian Falk survived, but with serious injuries.

Her sister tells us Kim Radtke was a thoughtful, loving person who spent her days giving back to others. And with a life that was just starting to take off, the family is having a tough time letting go.

"Three days ago if someone said what's the chance my sister would die? I'd say none, like why? It's completely senseless," said Kelly Radtke.

An uneventful recruiting trip LaCrosse, the plan for Kim was to come home to her long-time boyfriend Nick.

"They just bought a house together, just got a puppy together," said Radtke.

But instead of arriving at home, Kim's life was cut short by a drunk driver.

"I lost my sister and there's absolutely no rhyme or reason. They were doing all the right stuff," said Radtke.

Kim herself an adamant opponent of drinking and driving.

"If she ran into that guy at the bar, she probably would have made sure he got home OK, you know? But she didn't," her sister said.

But even in the last moments she shared with her sister, Kim Radtke was thinking of others.

"Actually the last texts I got from her was asking what my son would like for Christmas. She was just very thoughtful," said Radtke.

With a special love for travel, her nephew and her friends, her family is devastated.

"Her life was just starting. It's like all the hard work to get to where your life is, she did it and she was there, and now its just gone. I wish she got to live that life," said her sister.

Radtke hopes her sister's death sends a message to those who drink and drive and those who see it happen and do nothing.

"Maybe its OK to step in. Even if you don't know the person to say, 'Hey lets have a conversation. Please don't drive," she said.

RitzHolman CPAs says they have grief counselors on hand for their staff in this difficult time.