MILWAUKEE (CBS 58) -- A Packers fan is trending online Friday following a post on Twitter of her talking about her love for Aaron Rodgers and the Packers shortly after coming out of surgery.

Callie Kessler tells CBS 58 she's always been a Packers fan, but it shined through after she had her tonsils out.

I guess you can say I love the packers even under anesthesia ? @AaronRodgers12@Showtyme_33pic.twitter.com/YR6ZjlHIrk

In the video Kessler says a range of things professing her love, including: "Aaron Rodgers, he would buy me 400 Popsicles... I thought you were gonna be Aaron Rodgers, I want Aaron Rodgers here... he's hanging out with Danica."

CBS 58 spoke with her about the video.

"I was kind of just brought up loving the Packers," she said. "Since I could walk."

In the video, Callie explains that Rodgers isn't the only Aaron she's a fan of.

"I love Aaron Jones," she said shortly after surgery. When someone asked who that was, Callie responded:

"The running back. Thank God we have a running game so the pressure is a little relieved off of Aaron because he's great."

Callie tells CBS 58 watching the video now is a little embarrassing, but she doesn't mind.

"I'm sorry for being that embarrassing, but my love for the Packers is huge and it always will be no matter what," she said. 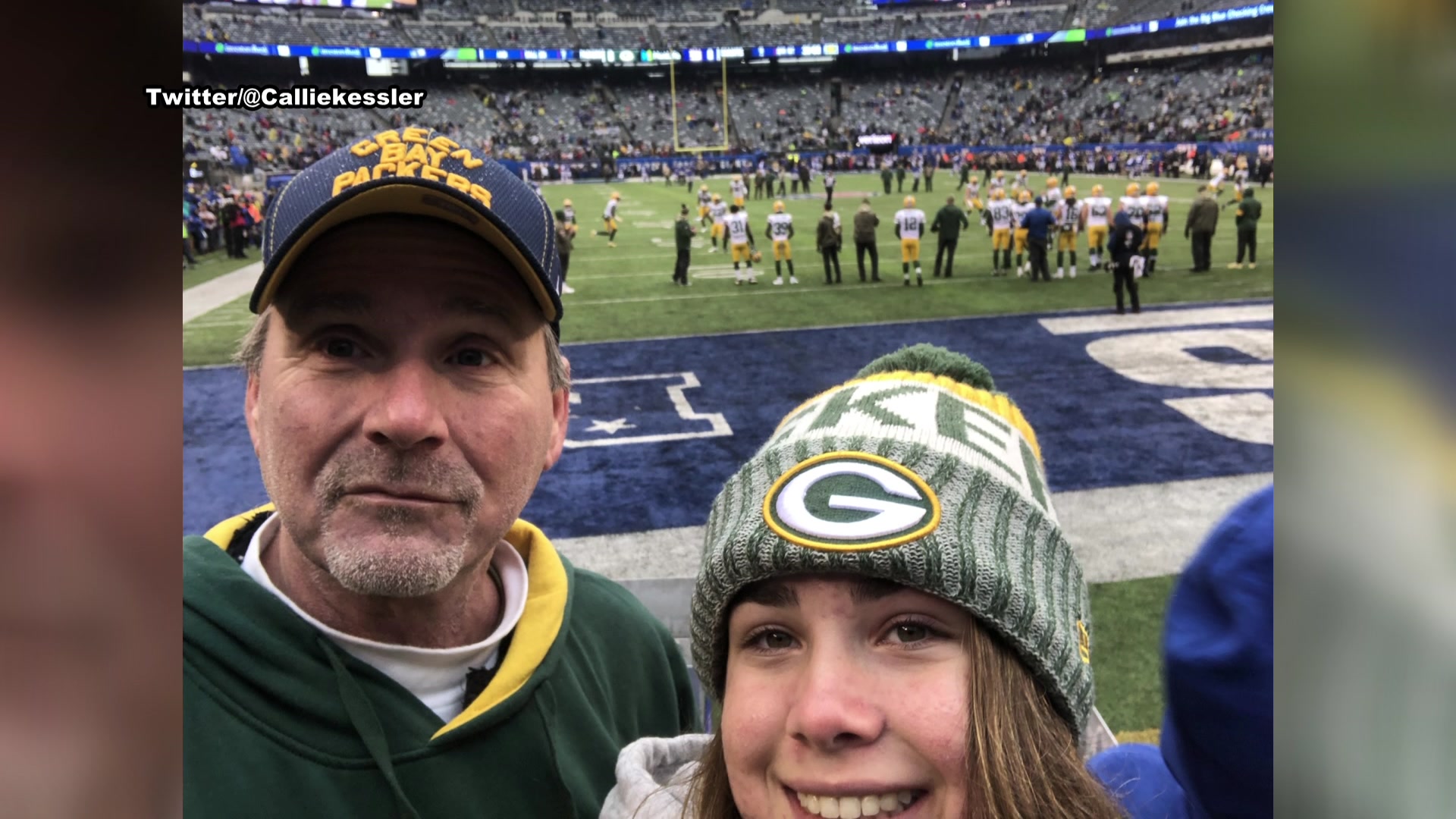 Kessler lives in Connecticut and went to her first NFL game in December in New York. She hopes to eventually see a game at Lambeau Field.