'I love the game': Catch Aaron Rodgers guest hosting on 'Jeopardy!' the next 2 weeks 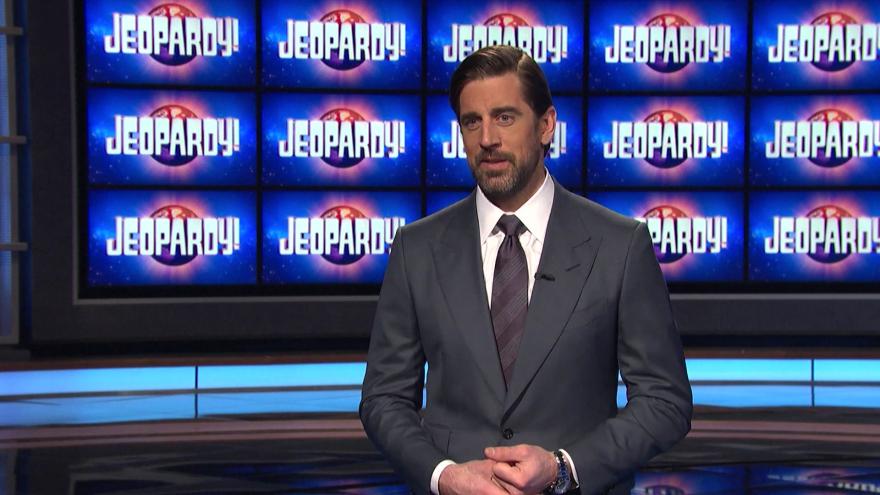 Green Bay Packers MVP turns in the pads for a pant suit starting tonight, Monday, April 5. Aaron Rodgers will take over hosting duties for "Jeopardy!" for the next two weeks!

"There's just so many things Alex did in his sleep, I just didn't want to mess it up too much. I wanted to understand the entire beat points of the show. Luckily I was in quarantine for a couple weeks and watched hours and hours," Rodgers said.

Rodgers will host the show through April 16. He says he grew up watching the show.

He spoke on what he hopes to bring to the lectern as a guest host.

"I think just respect, respect for the position, Alex did it with such grace and humility, I just wanted to bring the same type of approach to let you people know I was focused, I cared about it, I love the game and wanted to do him justice," said Rodgers.

Rodgers is proving to be an MVP off the field again. He will match the winnings of all contestants and donate it to the Aaron Rodgers Small Business COVId-19 Fund for the northern California area.

You can watch Rodgers' first episode tonight at 6 p.m. on CBS 58! We'll have recaps of his performances for the next two weeks on air and online.