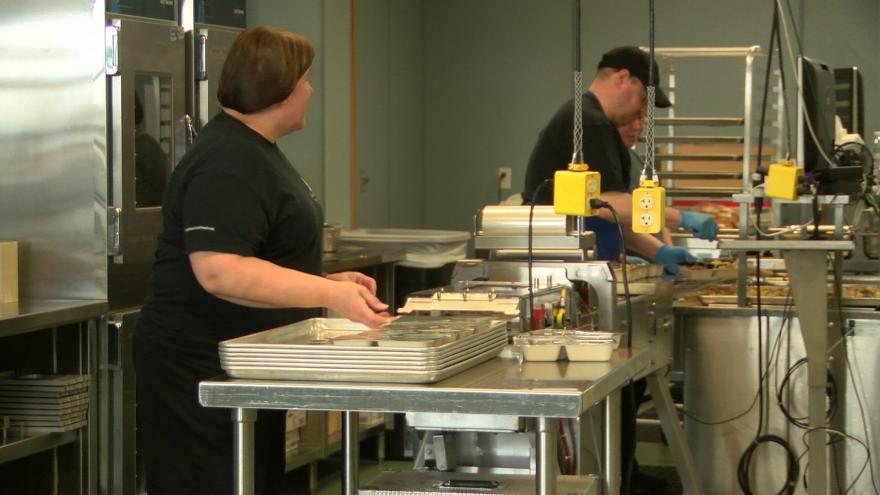 MILWAUKEE - Several Wisconsin programs and projects may have to deal with budget cuts proposed by President Trump.

CBS 58's Jacquelyn Abad was able to ride along with volunteers as they delivered more than 200 meals in Sheboygan County. Organizers say they're concerned how a budget cut will impact people they serve every day.

Volunteers go door to door helping people like David. He's a veteran, a big Packers fan. Volunteers like the Mikkelson's have been donating their time for the last 12 years. They say they see the need for Meals on Wheels.

The White House released a preliminary budget plan that could lead to major cuts for groups like Meals on Wheels. CEO Kelly Heyn says it's going to impact those who are most vulnerable.

"We know there is a projected cut in Title 3 funding. It's part of the older Americans Act, it feeds people who are elderly, home bound, and low-income," said Kelly Heyns, CEO of Sheboygan Co. Meals on Wheels.

About 70 people currently getting food from Meals on Wheels utilize Title Three funding.

"They all need to eat. It's my mom or my neighbor or my former Sunday school teacher. I think they all should eat," said Heyns.

"Maybe someday I will need it. You never know," said Mikkelson.

At this point, Meals on Wheels isn't sure how much money will be cut. The organization said it's not going to sit around. They've already reached out to donors.