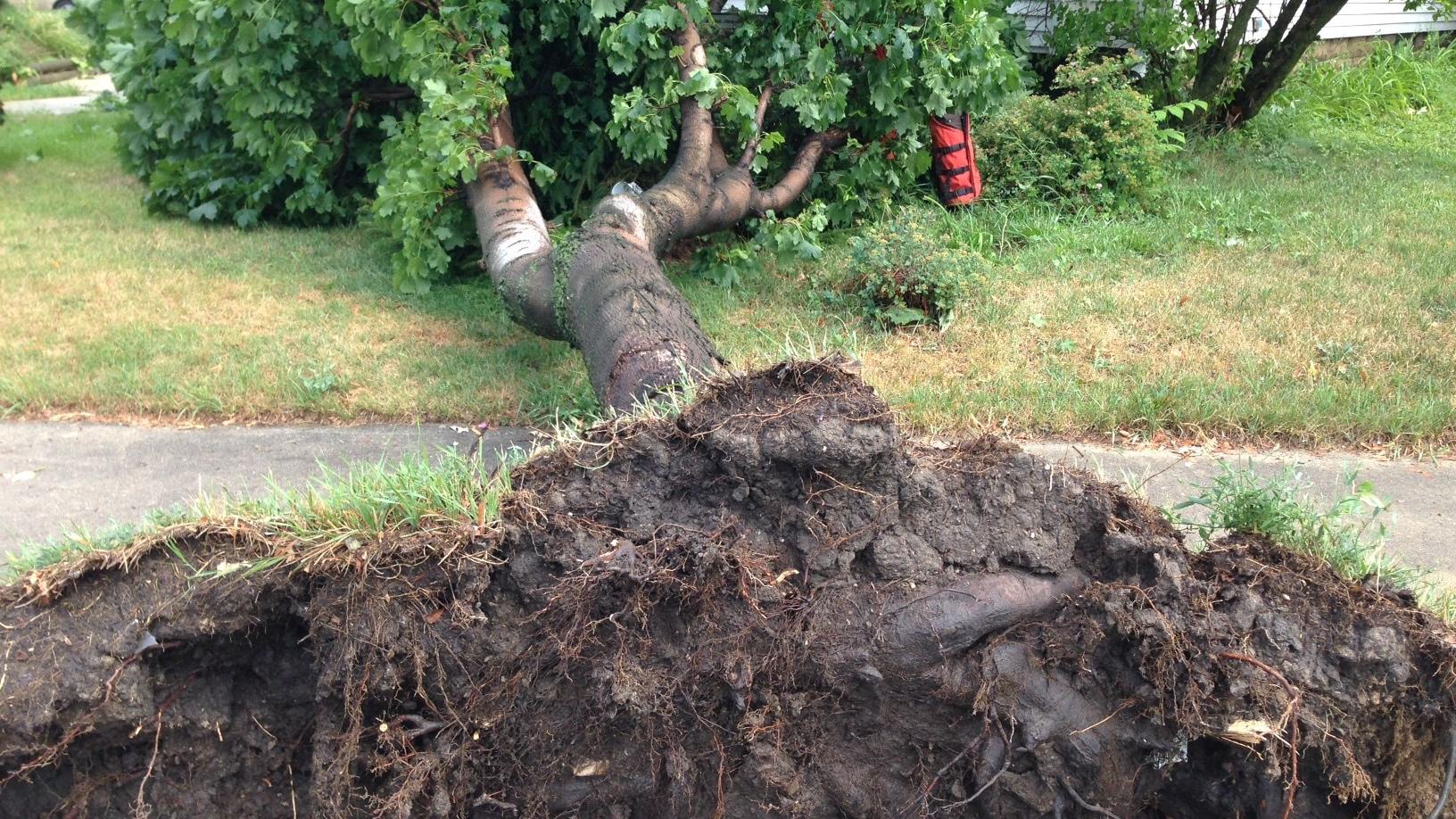 The National Weather Service is investigating the possibility of a micro-burst in West Allis on Wednesday afternoon.

The storm dropped over an inch and a half of rain in less than an hour, leading to damage across the city.

"Once I saw the storm coming from the North, I knew that there was going to be a bunch of storm damage," says City Arborist Austin Lieburn.

Lieburn and his crew used chainsaws to slice apart trees near 60th and Beloit. High winds and heavy rain ripped two trees straight out of the ground.

"One actually hit the porch of this ladies house, so we have to get it cleaned up," he said. "There were a lot of trees over the road, a couple fell on cars, blocking traffic."

Just down the block, crews removed a tree from the yard of Larissa Ortega.

"I was more worried that the power was gonna go out," she says. "I didn't expect [the tree] to fall down."

We Energies reported outages of about 100 homes in the area Wednesday afternoon.

Most of those had been restored by 7 P.M.