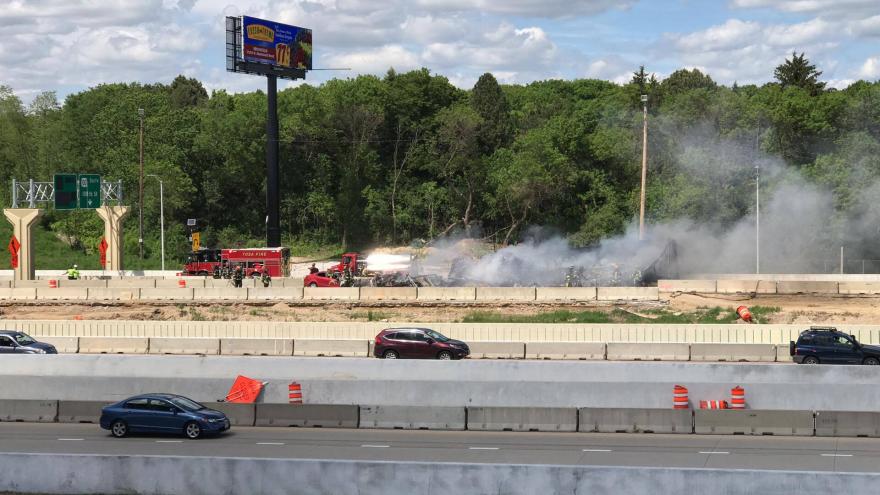 According to the Milwaukee County Sheriff's Office the incident was reported at 2:10 PM. The fire started after a car versus semi crash.