I-43 Reopens after Police Investigation; One lane Blocked 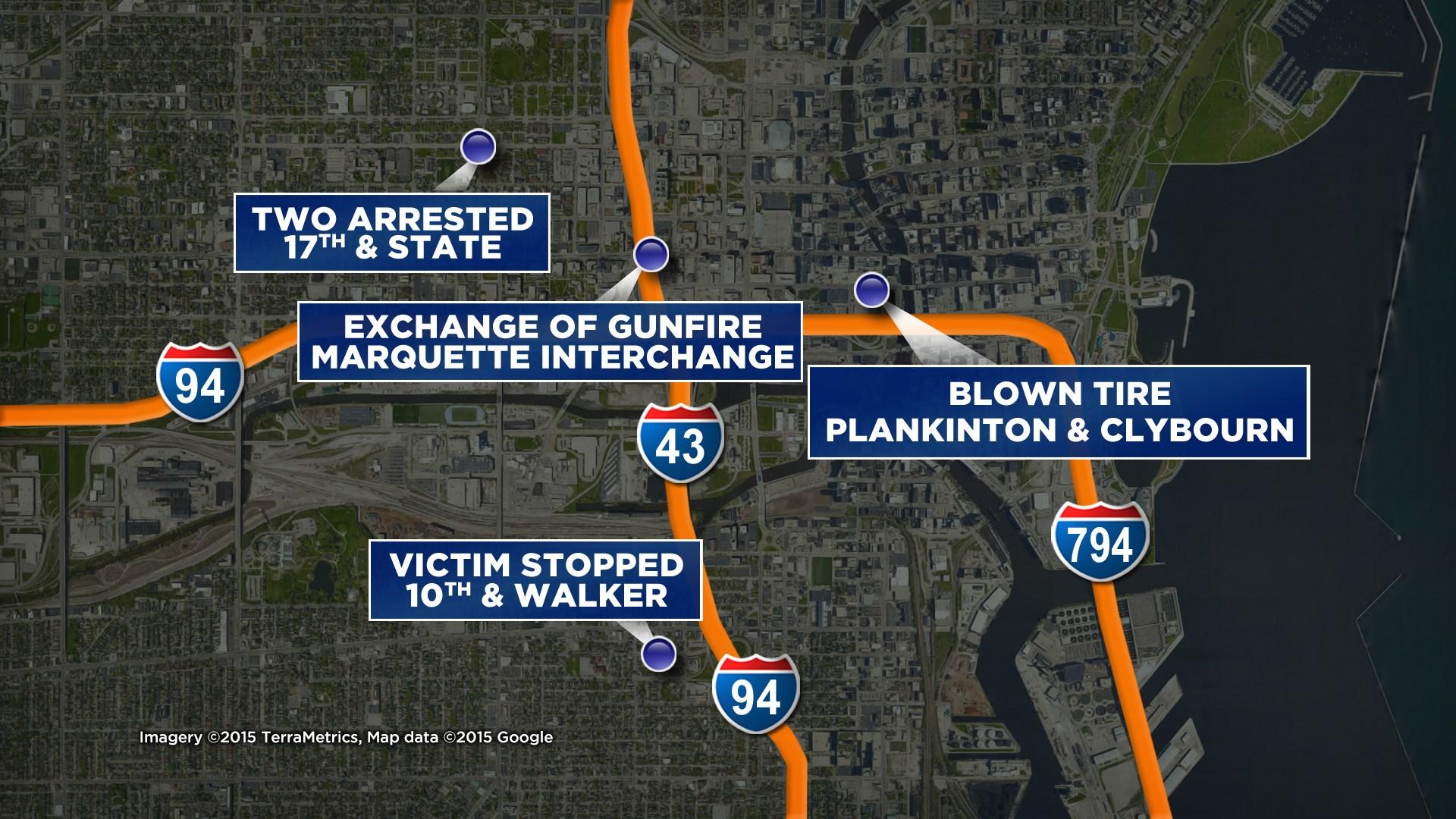 One lane is blocked on I-43 near Wisconsin Avenue exit.

The evidence canvass covered a long area of the freeway, necessitating the 2.5 hour closure.

Sheriff’s deputies responded to calls about a shooting on the freeway in the Marquette Interchange near Highland Avenue today at about 10:10 AM.  More than a dozen shots were fired into a vehicle in an exchange of gunfire with another vehicle. One occupant was grazed by a bullet, according to Milwaukee County Sheriff's Department.

Four subjects are in custody.  The Sheriff’s Office Criminal Investigation Division responded to four separate scenes where four vehicles were potentially involved in the incident.