Hybrid vehicles: To buy or not to buy? 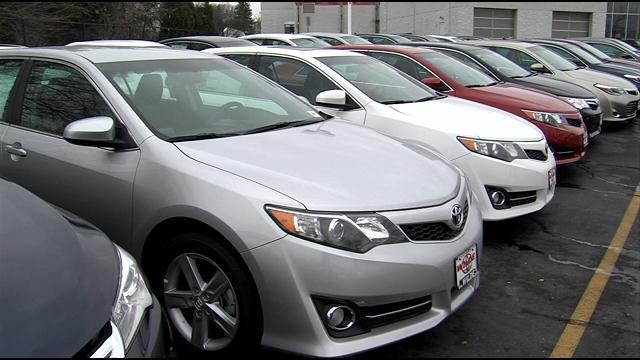 Falling gas prices have consumers once again talking about the value of alternative fuel vehicles. CBS 58 spoke with local economist  Professor Abdur Chowdhury, who says,  regardless of where gas prices are buying a hybrid vehicle is almost always a good idea if you're looking to save money in the long run.
And that's why WE Energies decided to add some hybrid and electric vehicles to their fleet.  \"Its really neat. When you turn it on, it doesn't even seem like the car is running,\" said Cathy Schulze, from WE Energies.

Schulze said they company is very excited to unveil the latest additions to the company's fleet, including two plug-in electric trucks and two hybrid cars for many reasons. \"Reduction in emissions, going to save us on gas costs going forward also you'll notice the noise level is much quieter,\" said Schulze.

WE Energies was able to buy the new vehicles at about the same cost as their regular trucks thanks to a federal grant. But without help from Uncle Sam is it still worth it for your everyday driver?

\"If you're interested in buying hybrid, you're looking at the long term value of your car and in that case these blips in gas prices we see and fluctuations shouldnt have a significant impact on your buying decision,\" said Chowdhury.

Another important factor to consider is your driving habits. \"If you're in the city and you don't drive that much, then hybrid doesn't make much sense for you,\" said Chowdhury.

The big issue: The money. Is it worth it to buy these vehicles? Chowdhury says it will end up saving you about three to five-hundred dollars a year in gas. \"The break-even point that I've seen is if you can keep a hybrid car for two and half to three years then it pays off,\" said Chowdhury.

And we found at some local dealerships that certain models don't have much of a price difference. For example, for the exact same model of Toyota Avalon, a hybrid will cost you just about one thousand dollars more. But it has a much better fuel economy, getting 40 miles per gallon, as opposed to the regular model's 21 miles per gallon. A local dealer acknowledges certain models like SUV's could take up to a decade to really pay off.

We energies says hybrids work for them and you'll be seeing more of them. \"Where it makes sense and where it's cost effective, we will be buying hybrid vehicles in the future,\" said Schulze.