"Hurry up, or I'll set it off"; Man Wanted for Bomb Threat, Robbery, at Menominee Falls Bank 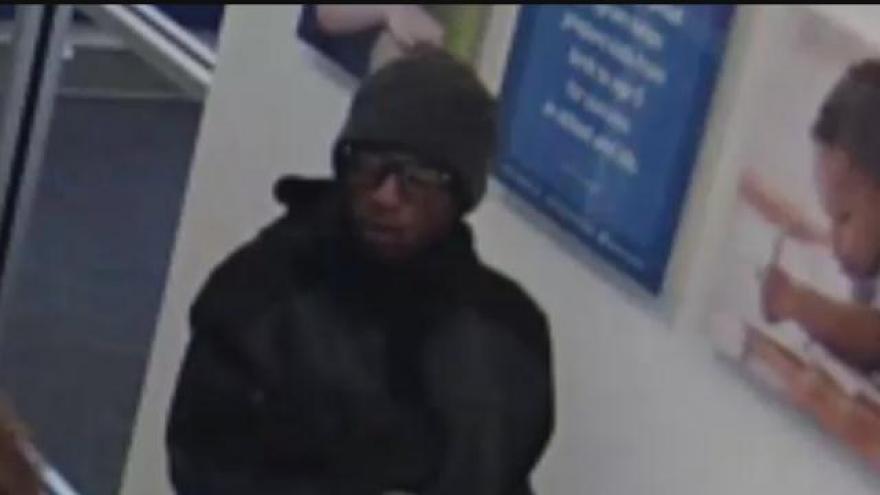 The Milwaukee FBI is searching for a man wanted for making bomb threats while robbing a PNC Bank in Menominee Falls.

According to Special Agents, the man entered the bank and nudged a worker, telling him his demands.

"When he approached the teller counter, he engaged with the teller and told her the same thing. Tat he had a bomb, give him all the money, 30 seconds, or he was going to detonate," says Asst. Special Agent in Charge Robert Botsch.

Surveillance video captures the man unzipping a dark jacket, to reveal a white object strapped to his lower chest.

"Bomb threats are fairly unusual," says Botsch. "In the 90 or so bank robberies this year, there's only been 3."

The man eventually grows impatient, grabbing cash from the drawer as the teller pulls it out. He flees out the front entrance.

"The individual was not masked, so we're hoping someone within your viewing area is able to provide a tip that will lead to his arrest."