Hundreds Rally Together to Voice Their Concerns About Losing Planned Parenthood 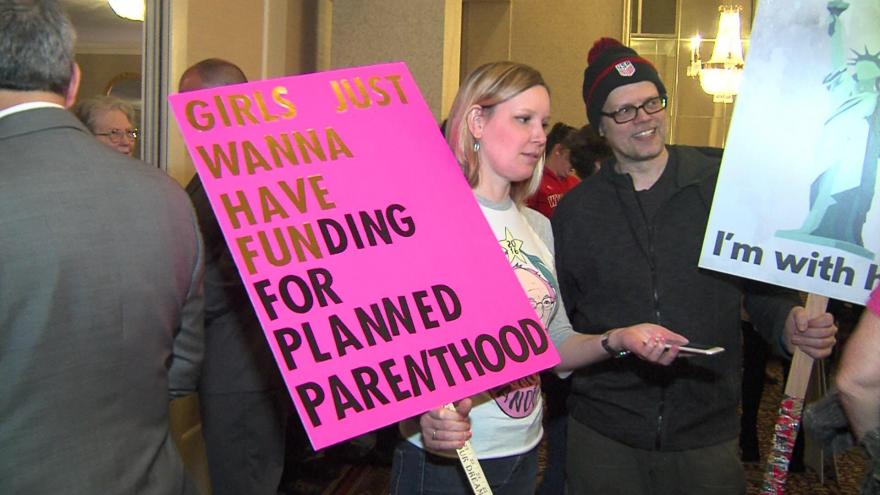 People gathered in downtown Milwaukee defending planned parenthood and hoping to save its future.

Hundreds of people voiced their concerns about losing Planned Parenthood. They're frustrated and upset and say it's necessary for thousands of women and families in the area.

The downtown Hilton was a sea of pink as thousands called for protections of Planned Parenthood. The organization has come under fire with President Donald Trump's administration. It's also been a long-standing issue for House Speaker Paul Ryan.

"I was 18, and ended up being pregnant. Planned Parenthood was a place that I can go and not be judged about being a young lady and not being married," said Sequanna Taylor.

"I think it invigorates people. Everybody is like, 'This is crazy! How can you defund Planned Parenthood. They're looking out for women across the country," said supporter Lori Pitts.

A proposal to repeal and replace the Affordable Care Act was released earlier this month and would also pave the way to defund the organization.

"The community health centers have been very clear. They cannot take all of the patients that planned parenthood sees. Literally, two and a half million people come to us every single year," said Cecile Richards, President of Planned Parenthood Action Fund.

The organization says 6,000 of Ryan's constituents would be affected. They say Racine and Walworth Counties have no public health clinics and therefore people rely on Planned Parenthood.

The group hopes that Speaker Ryan and his republican colleagues will reconsider.

"Our goal is making sure women get the kind of care they need and we believe that can best be achieved by putting money into community health centers, which provide similar services as Planned Parenthood but vastly outnumber them.”