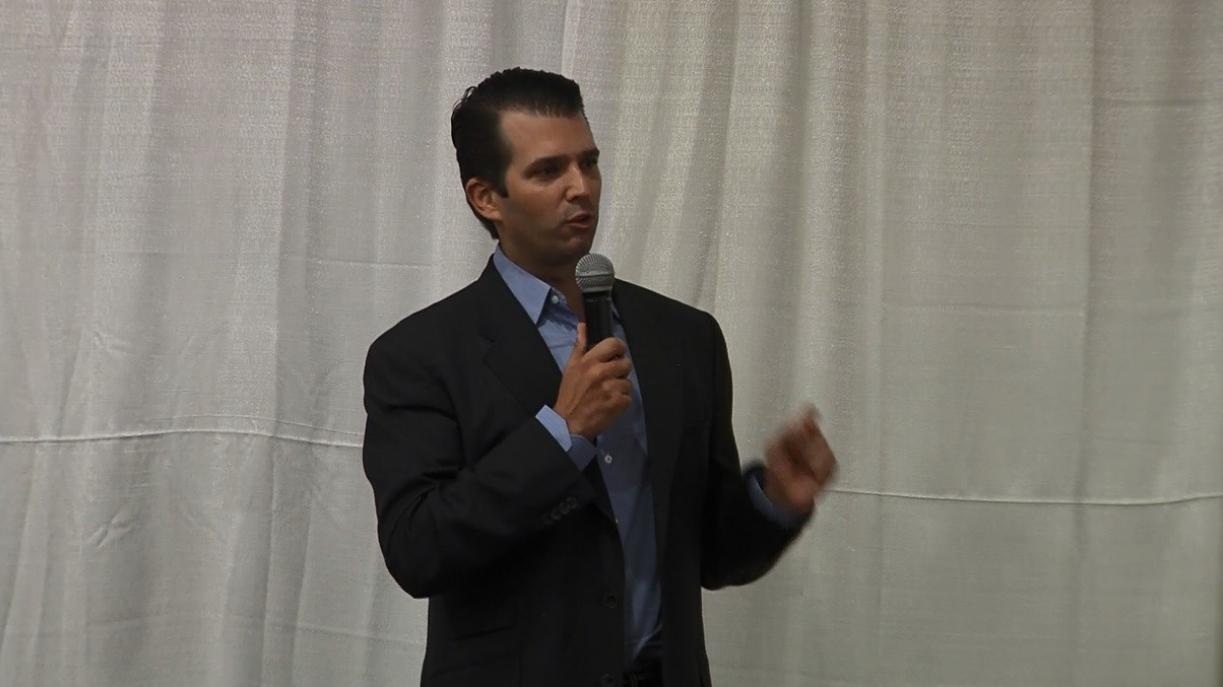 The presidential campaign made a stop in southeastern Wisconsin Wednesday morning. Donald Trump Junior was in Brookfield for a round table discussion with supporters, on behalf of his father.

The gathering was hosted by the group “Woman for Trump” and brought out nearly 200 people from across our area.

The discussion was moderated by former Lieutenant Governor Margret Farrow.

“He doesn’t need this job. He doesn’t. He knows what comes with it, he knows how he is going to be attacked, but the bottom line is he loves this country.” Donald Trump Jr. said to the crowd.

Trump Junior was only on stage for about 20 minutes, but managed to talk about job creation and last night’s vice presidential debate, something he said he was very happy with.

Supporters say his visit reinforces their beliefs that Trump is the right candidate for president.

“He’s the man, come on, he’s going to bring our country back the way it should have been a long time,” exclaimed Brenda Kieper, a Trump supporter.

After his Brookfield stop, Trump Junior left for another event in Wassau.

He warned the audience about what he considers the dangers of a Donald Trump Victory.

He made a direct appeal to his supporters who might be thinking of sitting out this election.

"If anyone you know says well I'm not going to vote, I'm not enthusiastic and so forth and so on, you tell them that the Koch brothers and Sheldon Adelson, they are enthusiastic.  They are going to spend hundreds of millions of dollars to elect candidates who will serve the interest of the billionaire class."