Hugh Jackman to the rescue at Bondi Beach, saves swimmers from riptide 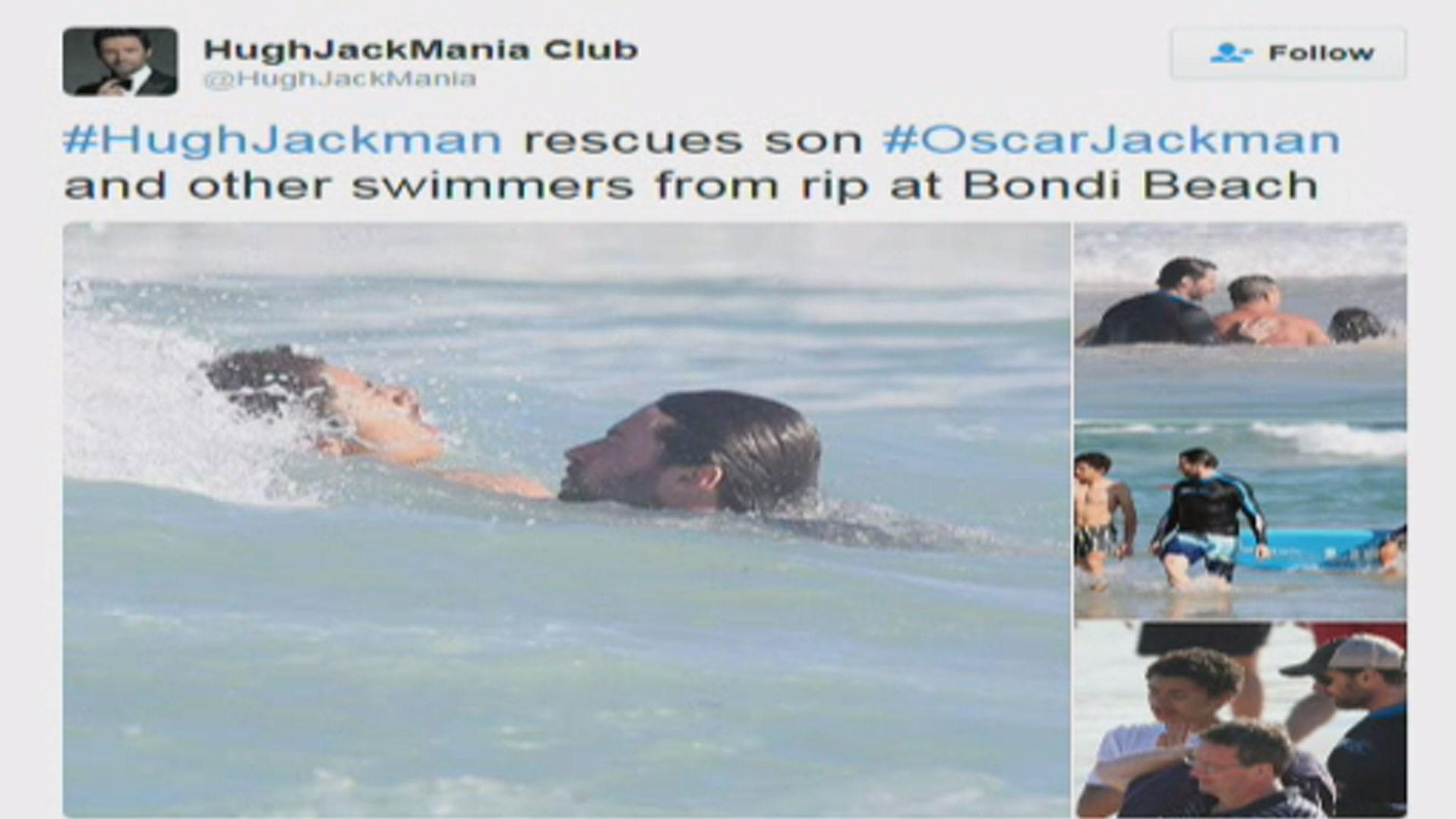 (CNN) Australian actor Hugh Jackman may be known internationally for his roles as a superhero in the X-Men film series, but on Saturday he was doing some real life rescuing at Sydney's Bondi Beach.

When several swimmers became caught in a strong riptide, including his teenage son Oscar, he was filmed helping to retrieve them.

A video obtained by Australia's Nine News shows the 47-year-old actor in the water grabbing the arm of a man and pulling him along. The man is also holding onto a young girl.

Jackman is seen waving at people in the water alerting them to swim back to safety.

The North Bondi Surf Lifesaving Club said the rough waters resulted in multiple rescues that day and the beach had to be closed at one point as it was deemed too dangerous.

"@thehughjackman was also spotted assisting with rescues! Thanks Hugh," the club wrote on Instagram.

Last month, Jackman revealed he was being treated for skin cancer, urging others to wear sunscreen to keep the condition at bay. It was at least the fourth time since 2013 he'd been treated for cancerous growths.

In January, surfing champion Kelly Slater was involved in a dramatic beach rescue, saving an Australian mother and baby from a powerful wave in Hawaii.

He jumped into the water after the pair were engulfed by an enormous wall of water that'd swept up onto a road.