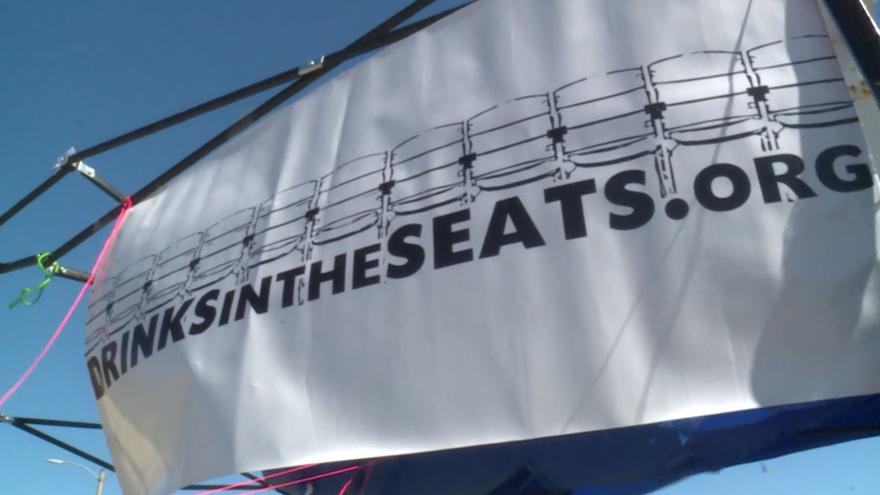 MILWAUKEE (CBS 58) – As fans made their way back into American Family Field on Thursday, April 1, there were many noticeable changes, including the lack of beer vendors.

Some of those vendors wanted to draw attention to their situation on Opening Day and met about a mile from the ballpark.

“Right now, unfortunately, there is no in-seat beer vending continuing at the Brewers stadium,” Drinks in the Seats managing member Ryan Strnad said.

Strnad, who has been a vendor for more than 20 years, says he and others are upset they weren’t included in the plan to bring back fans.

“It’s really making a huge financial impact on us,” he said. “[It’s] our seasonal income for six months of the year.”

In a press conference on March 25, leaders from the Brewers staff talked about the plan approved by the city’s health department which focuses on limiting contact between fans and staff.

“There will not be vendors going up and down to start the season,” Brewers SVP of Brand Experience Teddy Werner said. “As things start to open up, operations will continue to expand and we have every intention and bit of confidence it will sort of be back to how things were pre-pandemic.”

Under the current plan, fans order food and drinks through an app on their phones and then pick up their items at designated areas.