How to have a healthier Thanksgiving 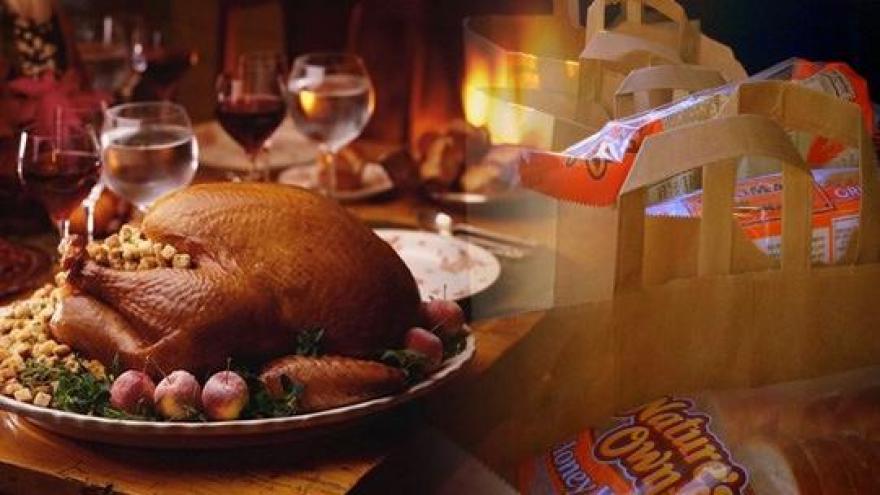 CBS -- With turkey and all the trimmings, people feasting for Thanksgiving can consume more than 4,500 calories in one meal by some estimates. That's more than twice the recommended amount for two whole days. So are there ways to be more health-conscious while still enjoying Thanksgiving and other upcoming holidays?

The keys are moderation and movement, according the CBS News medical contributor Dr. David Agus.

"Have your turkey, have your dressings ... maybe drink a glass of water beforehand so you're a little full. And then to me, the most important thing is get up afterwards and move," Agus said Wednesday on "CBS This Morning." "We were designed to move. So get up, go outside, walk around. Don't just sit after the meal in front of the TV. Put some calories out by walking around."

But there's more to it than just the number of calories.

"It's not just what you eat, it's when you eat," Agus said. "Our bodies were designed for regularity. You know, the kitchen cabinet is 100 years old. We never had it throughout evolution. So people who graze, that is, grab an apple in between meals or grab some almonds in the afternoon, they have a significant higher rate of diabetes. They actually gain more weight because the body doesn't know when they're going to eat. … So eat your meals the same time every day and nothing in between if you want to get the best diet."

He also urged against "crazy and strict" diets in the long run.

"Every year or two there's a new fad. Eat like a caveman, don't eat gluten, carbs are bad, fat is bad. You're going to see these trends go up, down, up, down. Again, in the randomized trials, Mediterranean diet trumped all," Agus said. The Mediterranean diet, which emphasizes fresh fruits and vegetables, fish, olive oil, and whole grains, has been linked to lower rates of obesity, heart disease, diabetes, high blood pressure and even dementia.

Agus assured people that splurging on a feast is fine once in a while.