How the Super Bowl will Handle Millions of Selfies 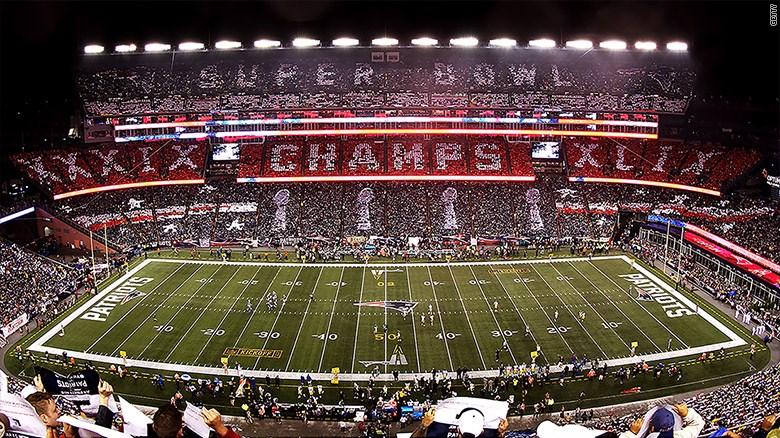 (CNN MONEY) When Super Bowl festivities start in the Bay Area this weekend, attendees will want to share their adventures with friends, family members and strangers who couldn't score a (very pricey) ticket. Hashtag blessed.

Around 75,000 people will cram into Levi's Stadium for the game on Feb. 7. That's just a sliver of the million people expected to participate in festivities in the week leading up to the game.

Most attendees will have a smartphone. At last year's Super Bowl in Phoenix, people in the stadium uploaded 696 GB of data on AT&T's network alone. That's the equivalent of 1.9 million photos posted on social media.

All those photos, vines, status updates, tweets and snaps would easily overwhelm Santa Clara's existing cellular networks. But the carriers, Comcast (CCV), and Levi's Stadium have a plan.

Levi's Stadium, which opened in 2014 and cost a cool $1.2 billion, is already pretty cutting edge. Located in the middle of Silicon Valley, the stadium claims to be the most high-tech in the world. It offers built-in free Comcast Wi-Fi with 12,000 access points. The white routers are tucked under every 100 stadium seats. There are 70 miles of cables snaking through the stadium just for the Wi-Fi. (The network is not password protected, so use with caution.)

The four major carriers already have signal boosters for attendees' cell phones sprinkled throughout the stadium, but they are adding more coverage for the big day.

AT&T (T, Tech30) says it's spent $25 million to make sure customers have coverage during the Super Bowl. In addition to general upgrades to its area cell sites over the past year, the carrier is sending out special mobile cellular sites, called MegaCOWs (Cell on Wheels).

At the stadium, the four major carriers share a system of 525 antennas, the equivalent of 25 regular cell sites. It's enough cell technology to cover all of Santa Clara.

It's not the only carrier bulking up. Verizon (VZ, Tech30) is also working on reinforcements in and around the stadium. T-Mobile (TMUS) did not share its plans.

The hope is that on game day, excited fans will be able to upload all the far-away shots of the game, Instagrams of stadium food, and giddy self-portraits they like without any limitations.

Well, almost. Unfortunately, selfie sticks are banned from the stadium.