How One Woman Blocked Parental Rights for Rapists 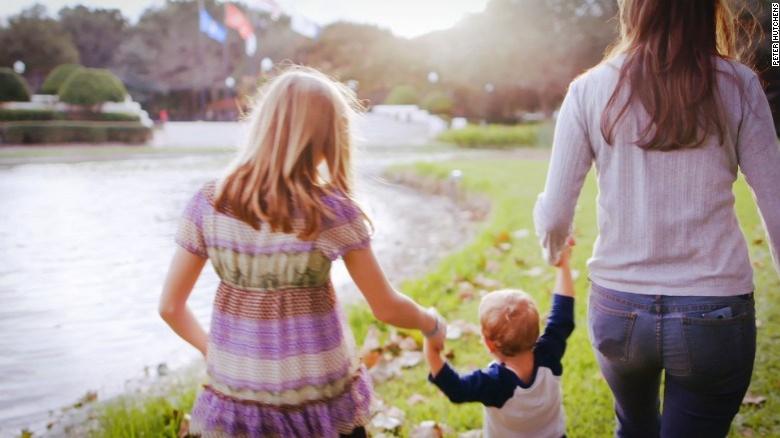 (CNN) The first thing you need to know is that I love my child with all my heart.

It's important for me to tell you that because my daughter was conceived through a sexual assault, and after her birth I was told that I couldn't have truly been raped if I chose to have the child caused by the attack.

I must have "wanted it."

So let me be clear: I did not want to be dragged through the entrance of my home into my bedroom by someone I met through mutual friends after a night out in Baton Rouge, Louisiana.

I did not, in the aftermath of being raped, want to smell my own blood in the carpet or experience my 29-year-old body in excruciating pain. I did not want to think of myself as a victim.

I also did not want to feel the horror and shock that came years later when my rapist tried to claim custody of my child -- the child I chose to carry to term as my pregnancy gave me hope that I was not completely broken and destroyed.

At the time, there wasn't any law in my new home state of Florida to stop my rapist from having parental rights to the child he fathered through sexual assault. Throughout my custody battle, I was repeatedly told that a rapist father is as good as any other father under the state's law.

As I fought back against my attacker once again, I knew something else I didn't want: for anyone else to go through this nightmare.

My decision to give birth

According to the National Conference of State Legislatures, there are anywhere between 17,000 to 32,000 pregnancies each year in the United States caused by rape. This is a conservative number because a vast majority of rapes are unreported.

It isn't known exactly how many women choose to carry those pregnancies to term and subsequently raise those children, but it is obvious that it's a very personal decision.

When I found out that I was pregnant as a result of the assault, I searched and struggled until I found a renewed sense of my own strength. I chose to carry my child to term because I knew I had a very unique person growing inside me, one who proved to me that hope can live even in the darkest of times. My faith carried me through this whole experience.

After my daughter's birth, years passed filled with trips to the beach, playground adventures, bedtime stories and hugs and kisses.

And then came the day I found myself being served with court papers on behalf of my rapist. I was terrified at the danger this posed for my precious little girl, who had no idea what I was about to go through to protect her. As a single mother who received no child support, and who had no war chest of finances to support a court battle, I was trapped. Without a law to prevent this, all I could do was present my case, advocate for my beloved daughter, and pray.

Thankfully, the judge decided that my rapist wouldn't have contact with my daughter without first having a full hearing on the evidence on how he raped me and how she came to be. My attacker and his attorneys didn't want to go there, and eventually he abandoned his claim to her. After more than two years of terror, I won.

How I changed Florida's law

I wanted my state to protect women who'd been raped from the fear that their attacker could gain parental access to any children conceived during the attack.

As a law school graduate, I knew my first step was to research what other policies or laws were already out there, and I reached out to my old law professor for help. We came up with a plan for the bill language, knowing that "clear and convincing evidence" would be critical.

That's because parental rights cases are civil matters, not criminal. So if you're trying to terminate the rights of a parent based on, say, child neglect, the most you'd need to provide in court is "clear and convincing evidence" of negligence.

Women who've been raped, however, often face a different challenge. If the law I was working on demanded a rape conviction before parental rights could be terminated, that would hold the woman to providing a greater level of evidence -- not to mention one that's only allowed in criminal court -- than is required for any other parental rights case.

We don't require criminal convictions for habitual drug use or child abuse, so why is it reasonable to demand one from a woman who claims she was raped and conceived her child through rape? Especially when we know that the widespread myth that women often "falsely cry" rape is without support; research indicates the "false report" rate for rape is equal to or less than the false report rate of other violent crimes. We shouldn't let an unproven belief cause us to hold raped women to a higher standard for evidence than other parents seeking termination of parental rights.

With that in mind, I wrote a draft of my bill and found a legislator to sponsor it in the senate and co-sponsor it in the house. I shared my story with Republicans, Democrats and basically anyone who cared about coming together to solve this. Talking about my personal reasons for wanting this law wasn't easy, and there were questions that made the experience painful. Were there any witnesses to my rape? If it was really rape, why would the rapist want to claim the child? How could I really have been raped if I love this child?

But it was worth it. Amazingly, my bill remained virtually unchanged from start to finish and passed unanimously with bipartisan support, even at a time when our country's lawmakers have been so bitterly divided over practically everything. I was grateful, and felt comforted that now other women who are rape survivor mothers had equal footing in Florida.

What I want the world to know now

At times I wondered if I was good enough to advocate for change as a rape survivor; there is so much stigma for someone who speaks up about sexual assault.

But through this process, I learned that it truly takes just one individual to stand up when injustice seems ordinary. Becoming a mother helped me understand that. Changing laws is a lot like changing diapers: messy, yet so easy to embrace for the little ones you love so much.

By the time my children are grown, I hope the world has changed for the better and no one will stigmatize one of them for being conceived when a rapist attacked me. No mother, no rape survivor, should be put through this ordeal. Our beloved children should never have to be put through this terror. The fact that it is still a threat to us in America is really unconscionable and has no place in our free society.

I want to bring more people together to find common ground for a solution. This is only a starting place in ending violence against women.

If you or a loved one is a survivor of assault, please call

Or talk to a trained volunteer at https://ohl.rainn.org/online/

CNN Editor's Note: Analyn Megison is a mother and advocate for rape survivors. The opinions expressed here are her own. To learn more about her story and parental rights laws for rapists throughout the United States, watch "This is Life with Lisa Ling" on Sunday, November 20, at 10 p.m. ET.