How Common is 40° Weather in Winter 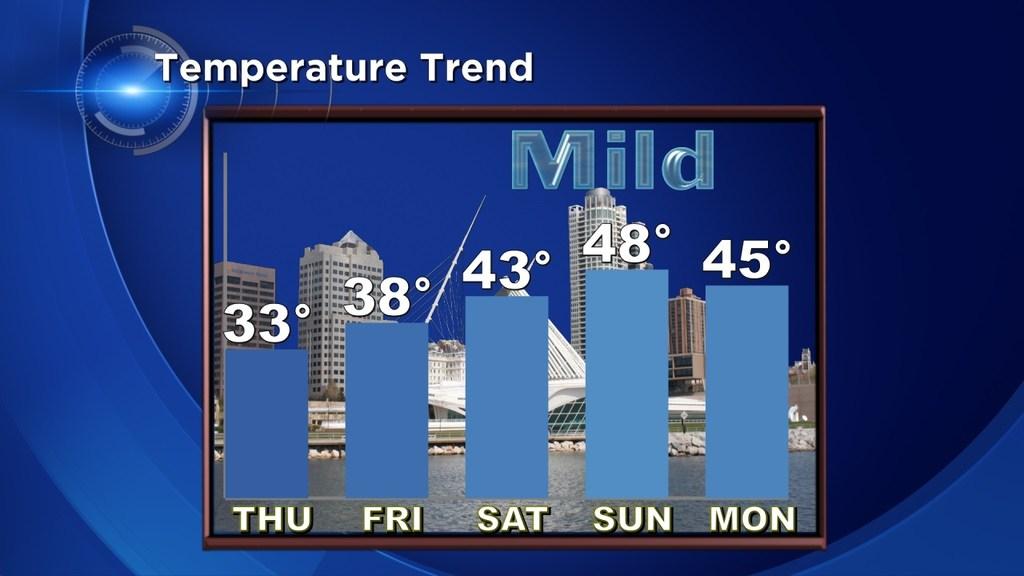 Forecasters in the area have been talking all about an expected warm up on the way. Today (on-air) I found myself saying, \"Get out and enjoy the forties this weekend, it may be a couple months before we have them again.\"  Because, my immediate thought process was to think about average temperatures ahead, during January and February. For the city of Milwaukee the averages hold fairly steady with an average high temperature at 29° January 1st, rising to to 37° by the end of February. Then I thought to myself, I should probably back up my statement with some data.  As I dug into to the record books, it turns out having temperatures above 40° during winter isn't all that uncommon. At least, not here in Milwaukee. You got to keep in mind this Green Bay girl is used to slightly colder winter temps. The average high in Green Bay is as cold as 24° for much of January, rising to 33° at the end of February. So I thought it would be fun to do a comparison of January and February temperatures for the two cities.

By the way, you can find easy access to past weather information at the National Weather Service. Here's a link to the Milwaukee area NWS: http://www.crh.noaa.gov/mkx/

Here's what the last five January and February periods had for days above 40° in both Green Bay and Milwaukee:

Several things stand out on this chart. Green Bay hasn't seen a day at 50° or better in the last five February's. In fact, Green Bay only had one occurrence of 50° weather the last five years, that happened in January of 2012.  Ahh.. remember winter of 2012, so warm!  Other stats sticking out include the year 2011 starting off cold in both cities with just two days in the 40s in Milwaukee.  Overall, Milwaukee sees milder 40s and even 50s quite a bit more than Green Bay, by almost double!  Over the last five years the thermometer snuck above 40° twenty-nine times during January and February in Green Bay. And fifty times in Milwaukee. In conclusion, to back up my random thoughts on air, it just goes to show you can take the girl out of Green Bay, but you can't take the Green Bay out of this girl. And also.... I could get used to the milder weather here in southern Wisconsin real quick. Until next time... stay warm!