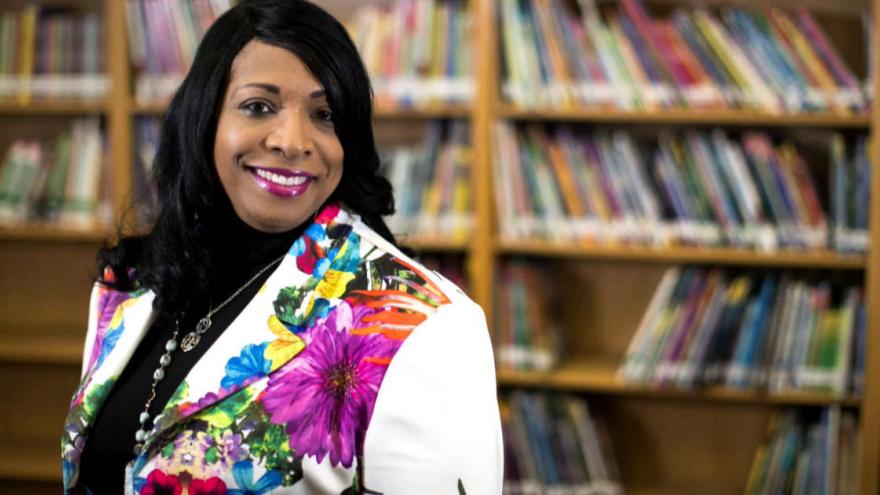 (CBS News) -- A nationally acclaimed high school principal is standing by a new dress code she created not for students, but for their parents. The code says attire that is "totally unacceptable for the school setting" will get parents kicked off campus.

Carlotta Outley Brown, the principal of James Madison High School in Houston, Texas, issued new the rules earlier this month after one mother allegedly showed up at the school wearing a headwrap and t-shirt dress. The parental dress code applies only to the high school – not the rest of the district.

While some support it, others are in uproar.

"This is a failing school. You have other things to worry about than my attire," said parent Tomiko Miller, who told CBS News' Omar Villafranca that the school should be focused on more important matters.

The roughly 1,600 students at James Madison already follow a dress code that prohibits hoodies, flip-flops and low-hanging pants. Teachers and staff also must look neat and clean, and dress appropriately.

"You are your child's first teacher," Outley Brown wrote. "We must have high standards."

The letter was sent after Joselyn Lewis told a local TV station that the high school turned her away because her headscarf was out of dress code and her dress was too short.

Miller said, "I did feel a little almost insulted."

"But if you're just coming to that school or you get a call and you're working out and you run up to the school, I really don't feel like we should punish parents for trying to be involved and doing the right thing," Miller said. "At least that parent is at the school."

Principal Outley Brown has been repeatedly honored for her work as an educator. In 2015, Ellen DeGeneres presented her with a $100,000 check in part for a homeless outreach program she established at her previous school, where she also implemented a parental dress code. That school won a National Blue Ribbon Award from the U.S. Education Department in 2008.

"I believe that she cares or she wouldn't be at that school," Tomiko Miller said. "Then let's hear the plan for taking care of the academic standards. Then perhaps, let's say, you know what, moms and dads, can we maybe up the ante a little bit? I really don't know a parent who would have a problem with that, if it's going to help."

Neither Brown nor the school district would speak to CBS News on camera. She actually graduated from Madison High School in 1979 and said becoming its principal was her lifelong dream.