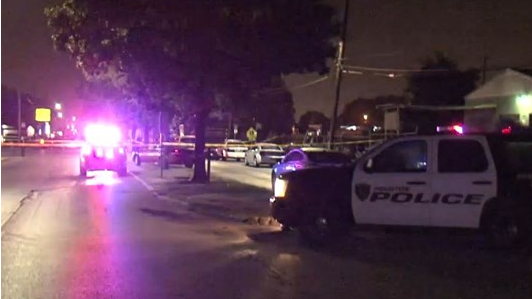 The incident occurred just before 1 a.m. Saturday on Cullen Boulevard near Ward Street. Police say two officers were on routine patrol, driving up Cullen Boulevard when they saw a man in the middle of the street armed with a revolver. The officers immediately came to a stop and stepped out of the vehicle.

Police then gave multiple commands to the man to drop the weapon, as did a witness standing next to him. According to police, the man pointed the gun toward the air and then at the officers.

The officers both discharged their weapons and struck the man. Authorities say he died at the scene.

Police are speaking with several witnesses on scene. As is customary with all officer-involved shootings, the incident is under investigation by HPD’s internal affairs division and the District Attorney’s Office.