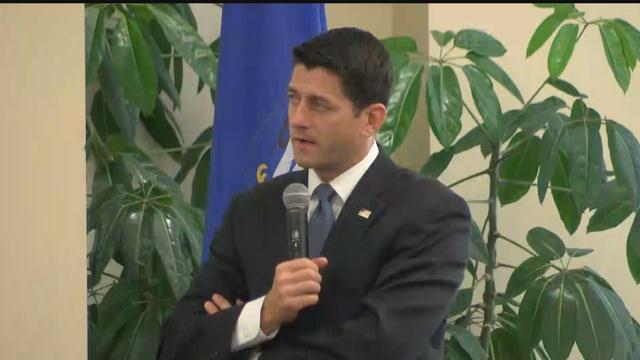 One of the featured speakers at last week's Republican convention was in Milwaukee on Tuesday.

Every seat was at the UWM Conference Center.

Before taking questions from the audience, the speaker talked about his tenure in office.

Before speaking specifically about trump versus Clinton, he talked goals for the coming election.

He said the Republican Party is unified on most issues, and he wants to focus on what he called "those core issues" during the election.

"We want to take an agenda to the country, litigate this in the election, talk about this, ask permission to do it and if we succeed in the election then we've earned the right to put it in place...we've earned the mandate. That's the kind of election we want to have so we can actually have the moral authority and the authority to fix these big retractable problems in our country,” said Ryan.

Ryan also made a point to say he wants to make it clear that it will be better for our country under a Trump administration than a Clinton administration.