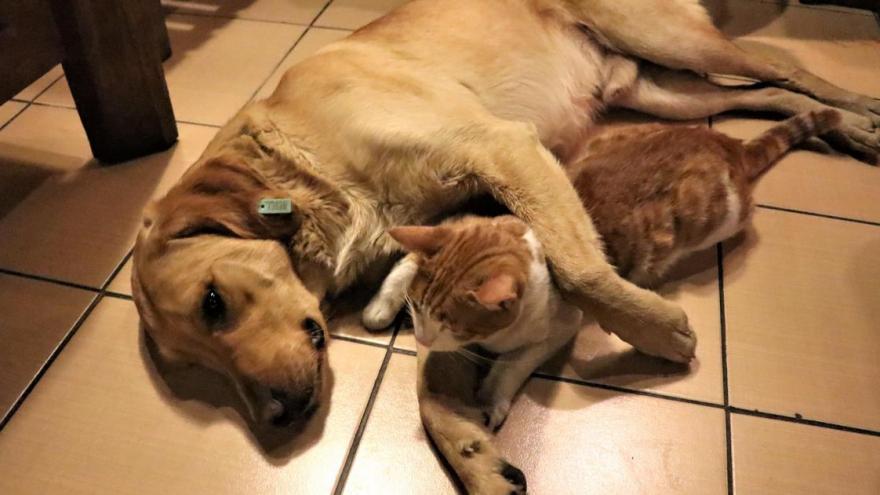 The government shuts down at the end of the month, and Democrats and Republicans seem unable to make a deal to keep it open. They are, however, united in trying to stop people from eating pets.

The House passed a bill Wednesday by voice vote banning the slaughter, transportation, sale and possession of dogs and cats for consumption. The "Dog and Cat Meat Trade Prohibition Act of 2018" was sponsored by Republican Rep. Vern Buchanan and Democratic Rep. Alcee Hastings, both of Florida.

Buchanan wrote in his statement about the bill that 44 states do not have laws banning consumption of cats and dogs, adding that this practice "should be outlawed completely given how beloved these animals are for most Americans." California, Georgia, Hawaii, Michigan, New York and Virginia are the six states that explicitly ban cat and dog consumption.

"Dogs and cats provide love and companionship to millions of people and should not be slaughtered and sold as food," Buchanan said.

After the bill passed, Hastings released a statement discussing the importance of the bill and urging the Senate to take it up.

"The House of Representatives has voted to unify animal cruelty laws across the country, which would prohibit the slaughter of dogs and cats for human consumption," Hastings said. "I am proud to have championed this effort in Congress to explicitly ban the killing and consumption dogs and cats across the United States, and am greatly appreciative of my friend and colleague Congressman Buchanan for taking the 'Dog and Cat Meat Trade Prohibition Act' across the finish line today."

The bill also prevents foreign and interstate trade of cats and dogs for consumption purposes.

However, there is an exception to this rule for Indian tribes. The bill declares that Indian tribes can engage in this behavior "for the purpose of a religious ceremony."

The maximum penalty for eating cats and dogs is $5,000.